The celebrations culminated in a lively concert that took place at Century Center, located downtown in South Bend, a venue fitting for The Nyau King and the beautiful and mesmerizing Zani Challe. 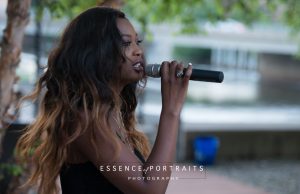 As is customary for Malawi events, the entertainment did not begin at the set time. Event organizer Fatima Nkata, did not shy away from that fact. She told the audience, some of them obviously unfamiliar with the concept of time-keeping or the klaxon of it, for Malawians that it was normal for Malawians to start things at a later time than scheduled, and they now could say they were part of the Malawi culture.

First on stage once the festivities drums rolled, was a young talented South Bend-based Malawian artist Jay Stranger. He opened the show with a highly energized performance. He was brought back to the stage later after the audience requested an encore.

In between performances, DJs entertained the audience with a mixture of Malawi music and popular African music from Nigeria and the Congo.

Speaking to Zani Challe back-stage, before her performance, she said that she was ready to give the audience a great show. MalawiMusic.com describes Zani’s music as Hip-Hop, R&B, Soul, Pop and Dance. The site also says that she has well-rehearsed maneuvers on stage, hard crunk beats, intelligent lyrical content, a bedazzling look; and she is a perfect act to spice up any event. 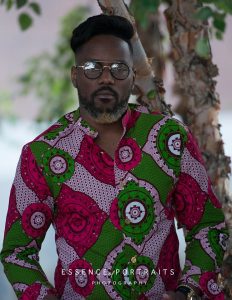 This description was fitting. She challenged the audience to keep up with her moves and the music was just fantastic. The audience requested an encore. The young girls and of course the young men in the audience, sang along with every beat she belted out. They danced and tried to keep up with the high energy she brought to the stage.

Zani continued with her energetic dancing as she challenged patrons to a dance-off at the after party that followed. After Zani’s performance, the Nyau King took the stage. His entrance was impressive. The lights dimmed and his name was called out as traditional African drums played in the background.

The audience erupted. From the traditional drums that ushered him in, he switched it up to his signature contemporary hip hop punctuated with traditional African beats. The audience had their smart phones out capturing his every move. Everyone in the venue cheered and tried to keep up. Midway through the show he invited four young girls to the stage, to show their moves. It was entertainment at its best. We all danced and sang along.

After the show, many young men wanted to take selfies with Zani Challe, and many women in the audience, of course were doing the same with Nyau King. It was a great night for Malawians in South bend Indiana.