You are here: Home » Opinion » My Take On It: The role of father figures in empowerment of women and girls

My Take On It: The role of father figures in empowerment of women and girls

Esther had not yet made known her kindred or her people, even as Mordecai had commanded her; for Esther did what Mordecai told her as she had done when under his care. Esther 2:20

According to a 2010 research by Susan R. Madsen of Utah Valley University, the family environment these, and many women that climb in leadership ladders, had been raised in—particularly a father figure who taught and empowered the women in the family to learn, ask questions, and form their own opinions — as a key factor in their own growth. This, coupled with mothers or other older women who broke convention by displaying leadership within the family, was common source of early lessons on leadership.

In the example of Igoye, during the research, she credits her father for foresight in sending his daughters to school despite there being opposition from numerous people in the village. Her mother too was a source of inspiration because she went back to school as an adult to advance her career as a teacher. This greatly influenced Igoye in her. 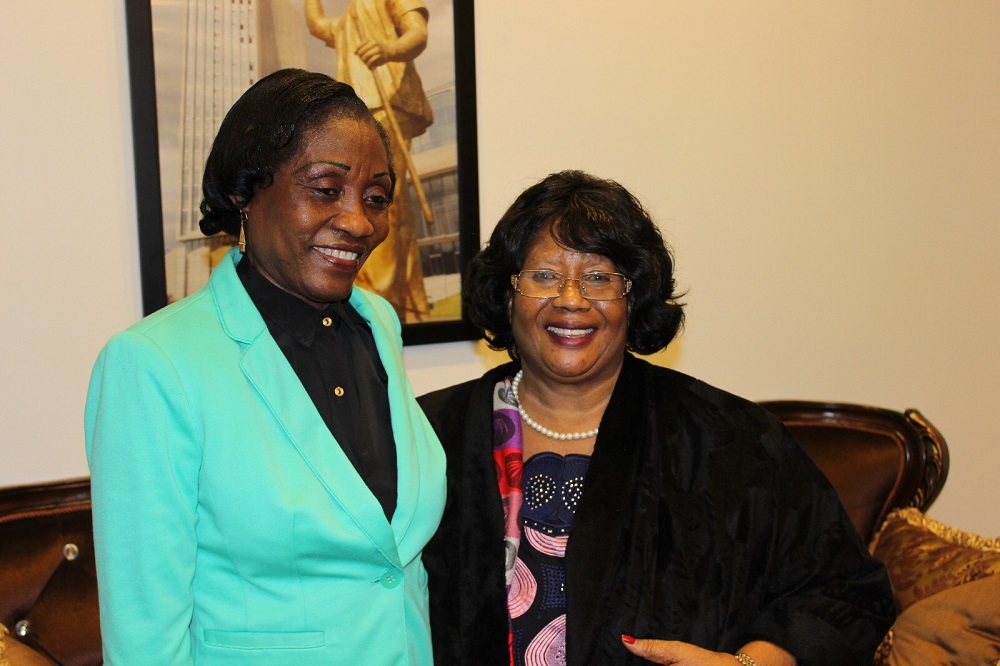 “Every single one of them talked about finding their voices and their confidence at dinner-table conversations with their families. Their parents talked about politics, about what was happening in the community, and when the women had something to say, their parents didn’t hush them,” Madsen said.

In a predominantly Muslim country the United Arab Emirate (UAE), where men and women were often separated, Madsen said of the women she interviewed pointed to the role of their fathers in encouraging them to speak up.

“Every woman I spoke to say her father would bring home books for her to read when he traveled, which most other people didn’t have.”

And so, on December 5, 2017 when Malawi former president Dr. Joyce Banda was invited to be among African women leaders including Sirleaf Johnson, to celebrate African women, in her statement, she gave her repertoire of the central themes among them women’s health, women’s economic empowerment, child marriage and the grassroots organization she formed in 1991 (the National Association Business Women – NABW).

The event hosted by the African Union Permanent Representative to the US, Dr. Arikana Chihombori-Quao, gathered wives of African Ambassadors’ wives in Washington D.C., and female ambassadors and other distinguished African leaders.

She encouraged women to count it their duty to go back to their communities, change the mindsets of societies, educate, mentor and coach girls in preventing and eliminating of child marriages. The former president culminated her speech by quoting elements of Madsen’s research, giving credence to the conclusion on the commonalities of women in leadership positions: the roles their fathers played in their childhoods.

Dr. Banda emphatically said that fathers, or father figures, an uncle or brother have roles to play in the girls, because the research highlights that women leaders speak to the encouragement they received from their respective fathers.

She ended her speech with a picture of her assuming the position of Chairperson of the regional SADC group (that had to that point been an all-male group of Southern African Presidents). She had called on the outgoing Executive Secretary to find a woman to replace him. On the day, she was assuming the Chair ship, on the podium were four women in the previously all-male SADC Summit: President Dr. Joyce Banda, Malawi chief justice Anastasia Msosa, SADC executive secretary, Dr. Stergomena Lawrence Tax, and the African Union Commission chairperson Nkosazana Dlamini Zuma.

Shedding light on the influence her father had on her upbringing, the former President recounted how while permitting Yao tradition of allowing his first-born daughter to be brought up by her grandmother, he insisted that this be limited to the holidays. She told me that he made this provision to ensure that she attended school. He said he could only be certain she was going to school, when she was leaving from his house.

Former president Banda also recalls how a prominent village head once looked at her and said she would be an important person. Many years later when she launched the women’s association, he in congratulating her, her dad reminded her of the prophetic words of the village headman.

She said she put a high peg on education due to this and many other inspirational discussions with both my mother and father; with her father always having the last word.

Fathers, get involved in the empowerment course of your daughters.

Like it? Share it!
Airtel Malawi in early Christmas celebration with Mtendere Children Home; donates food, clothes < Previous
Cheap Holiday Destinations Around The World Next >
Recommended stories you may like: