HomeMalawiTen dead after bus hit mine in Burkina Faso
MalawiRegional

Ten dead after bus hit mine in Burkina Faso 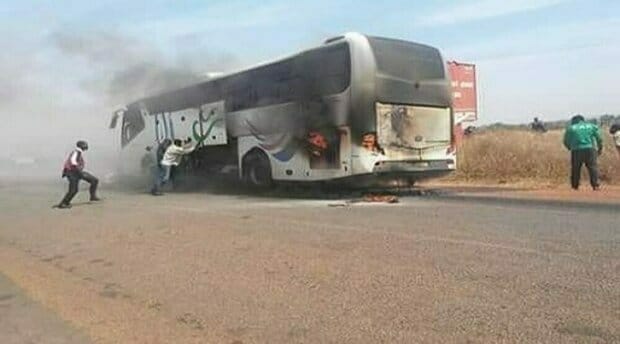 OUAGADOUGOU-(MaraviPost)-At least 10 people have died after their mini-bus hit a mine on a road near the village of Bougui in eastern Burkina Faso.

Colonel Hubert Yameogo confirmed the news in a statement adding that five people were injured and taken to a hospital.

The bus was travelling from the market town of Fada N’Gourma around 220 km (136 miles) from the capital Ouagadougou, to the border town of Kantchari near neighbouring Niger, Barrons reported.

No one has claimed responsibility yet, but the attack occurred in an area where the government is battling insurgents linked to al Qaeda in north Africa and Islamic State fighters.

The incident also comes after an explosive device killed two soldiers on a road in northern Burkina Faso on Saturday,

Attacks targeting the security forces and civilians have increased in recent months, especially in northern and eastern regions bordering Mali and Niger.

Burkina Faso is in the grip of a seven-year insurgency that has killed more than 2,000 people and forced some 1.9 million to flee from the region.

In early August, 15 soldiers died in a double explosion in the capital, Ouagadougou and in September, 35 civilians died and 37 others were injured after the vehicle they were traveling in struck an improvised explosive device.

Angella Semuhttps://www.maravipost.com
I hold a Bachelor of science degree in Agriculture Development Communication that I obtained from Lilongwe University of Agriculture and Natural Resources. I previously worked with The Nation Publications Limited since 2018 before joining The Maravi post particularly on Agriculture Desk as an intern before I became a correspondent. Currently I am reporting for The Maravi Post mainly in International News and locally in the Southern region of Malawi.
RELATED ARTICLES
Malawi