You are here: Home » Opinion » The Twin-Evil Of Religion And Ethnicity In Nigeria By David Abu

Nigerians are among the self-acclaimed religious people on our planet. Most of them wear it on their sleeves as a badge of honour. Truth be told, however, our people may wax lyrical about religiosity, but it is devoid of the controlling influence of God—–Our people honour God with their lips, but their hearts are far from Him. Yes, it is abundantly true that churches and mosques spring up like mushrooms in every nook and cranny of our towns and cities, and some of the so-called men and women of God who preside over the affairs of those houses of worship also have a vice-like grip on their congregants, who, on their part, have helped them prepare a fertile ground for the commercialisation of churches, thereby propping up the marble palaces of our present day Pharisees and Sadducees. In short, I regard many of them as the synagogue of Satan. Honestly, if I were an atheist, it would have been easier for a camel to pass through the eye of a needle than for any of those pseudo preachers to convert me to christianity.,

Looking at biblical exegesis, I can now predict with a deadly accuracy that the Kingdom of God has come upon those who have misinterpreted the Bible for their own self ends and caused untold pains and sufferings to the hoi polloi seeking the way. According to Prof. G.B. Caird, “They are men to whom a lie has become second nature, so that, faced with the love and forgiveness of the sacrificed Lamb (Jesus Christ), they can see only a figure of inexorable vengeance.”

Now, here is what one of the lunatic exploiters of our people penned. Pastor Goodheart Val Aloysius wrote on his Facebook page the following: “BROTHER DAVIDO IF YOU DON’T PAY TIHTE (sic) FROM THAT MONEY GIVEN TO YOU BY YOUR FRIENDS, I’M AFRAID YOU WON’T MAKE HEAVEN.” 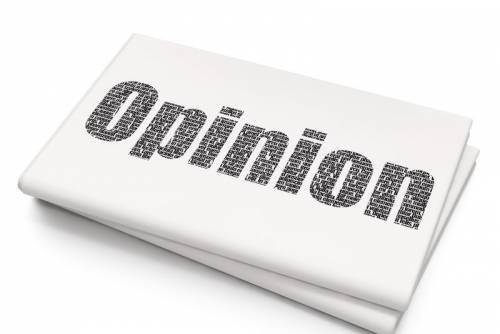 He is definitely in excruciating pain because Davido announced that the money (200 million naira) he received from his friends and fans during his crowdfunding will be given to orphanages across Nigeria.
This pastor’s statement is an eloquent testimony to the fact that some of our so-called men of God are disgraceful absurdities. Pastor Aloysius should bury his coconut head in shame!

Christianity and Islam, we are told, are two great Abrahamic religions. But, in practice, especially in Nigeria, there is nothing Abrahamic about their doctrines and traditions. They have become the enablers of all sorts of conflicts, manipulations, and criminality.
The commonality of the adherents of both religions, especially the political behemoths, comes to the fore in matters of financial brigandage against the Nigerian people—they quickly set aside their religious differences and help themselves to our common patrimony.

It is an open secret that the extreme poverty in the North is largely due to religion—the practice of Islam mixed with feudal system. Saudi Arabia, the citadel of Islam, has shown a willingness to evolve by opening up its society to Western education and technological development, and the positive results are there for everyone to see. On the contrary, we have littered the core North with Almajiris, and 70 percent of our girls in the North don’t have a School Leaving Certificate. Yet, our Northern leaders and policy makers refuse to see the serious drag these have on national development. While they actively promote Islam and feudalism at home, for self-aggrandizement,  political expediency, and hegemonic control, they send their children and wards to some of the choicest schools abroad.

To them, elections have to be contested and won. And calculatively, they gathered a group of religious extremists and miscreants together as thugs, saddled with the responsibility of intimidating political opponents, their supporters, and the snatching of ballot boxes. They placed those anal retentive malcontents on their payroll. But, after all said and done, they dumped them. Mohammed Yusuf and co would not go away quietly, and Boko Haram was formed. Even after the demise of Yusuf, the group soldiered on, and before long, embarked on a killing spree of civilians coupled with the sacking of towns and villages, all made possible by a strong moral and financial support of Northern politicians and elites.

The havoc this ragtag group has wreaked on Nigerians, both civilians and military, is unparralled in Nigeria’s history. Despite the existential threat they pose to Nigeria, a list containing the names of their sponsors has been tucked away by the Department of State Security (DSS).
Sadly, according to a Presidential spokesman, the names of their sponsors shall never be made known to the Nigerian public. That the government is not interested in naming and shaming their sponsors. Oh dear!

What role has ethnicity played in our disunity as a country, one might ask?
In order to fully understand how we got here, it is perhaps of paramount importance to revisit our past.
At independence in 1960, the inhabitants of the expanse of land situated on the western coast of Africa saw themselves as Nigerians. Within a short period of four years, it became painfully evident that our much touted unity in diversity was a mirage. In 1964, the late Sardauna of Sokoto, Sir Ahmadu Bello, who was the Premier of Northern Region, in an interview with a British journalist said, inter alia, “We are implementing a Northernization policy. Northerner first. Before I came here in 1952, there were only 10 Northerners in the civil service. Now, all important posts are been held by Northerners”.
In the same interview, he criticized the Igbos as a people who want to dominate everybody, a statement, which, with all due respect, is balderdash and cockamamie, simply because, Mallam Umaru Altine, a Fulani man from Sifawa in Sokoto Caliphate, an NCNC member, was elected the first Mayor of Enugu in 1952, a position he held till 1958. Apart from being married to an Igbo woman named Esther, he was a product of Dr. Nnamdi Azikiwe’s nationalistic and cosmopolitan outlook.

Fast forward to present day, it is now crystal clear to all and sundry that Major General Muhammadu Buhari (Rtd) has taken a page from Sir Ahmadu Bello’s play book. He took it a step further by exposing our fault lines in a way and manner any other Nigerian leader has never done before by Fulanizing our national security architecture and using his exalted position to protect terrorists of Northern extraction from arrest and prosecution.
In other words, he runs a regime that sanctions organized criminality. Don’t look bemused because Sheikh Gumi would confirm this statement confidently and gleefully!
On Buhari’s watch, the much repeated slogan “unity in diversity” has become a ludicrous catechism.

He knew that the deliberate imposition of his ethnic group on other Nigerians with its attendant killings and seizure of land, sooner rather than later, would lead to a chain reaction of protests and resistance. And it did. And if it didn’t in the South, it would have been tantamount to a betrayal of the Yoruba and Igbo ancestors who were already turning in their graves because of the cowardice exhibited by some men of timber and calibre.
If the Fulani herdsmen’s foray into the South was not halted by a concerted effort led by the likes of Emeritus Professor Stephen Adebanji Akintoye, Chief Sunday Adeyemo, aka Sunday Igboho, and Mazi Nnamdi Kanu, their nefarious activities would have resulted in a cataclysm of tsunamic proportions.

From the foregoing, it is abundantly clear that religion and ethnicity, as twin-evil, have been used by false prophets/prophetesses and clever manipulators of power to dispossess our people, lead them astray, and lord it over them.
Our political leaders have wickedly exploited the Christian/Muslim dichotomy to feather their own nests—-this musical chairs is often played during national elections.
Enough of this recrudescence of evil!

Nigeria is at a crossroads. We have lost our moral compass. Yet, we are parachuting deeper and deeper into the valley of the stupid. We may never soar again like the eagle of which Dr. James Kwegyir Aggrey spoke, if we don’t deliberately recalibrate our patently defective value system.
Buhari and his subalterns cannot in good conscience talk about national cohesion and religious tolerance when they are submerged in ethno-tribal gutters and actively pursue religious parochialism.

David Abu writes from The Netherlands.

Like it? Share it!
16 Days of Activism against Gender-based Violence – What does it take? The African Development Bank’s efforts to Ending Gender-Based Violence – 25… < Previous
#LEKKIBLOODSTAIN: The Danger Of Trying To Bury The Truth, By Richard Odusanya Next >
Latest News From Malawi
Headlines From: The Maravi Post