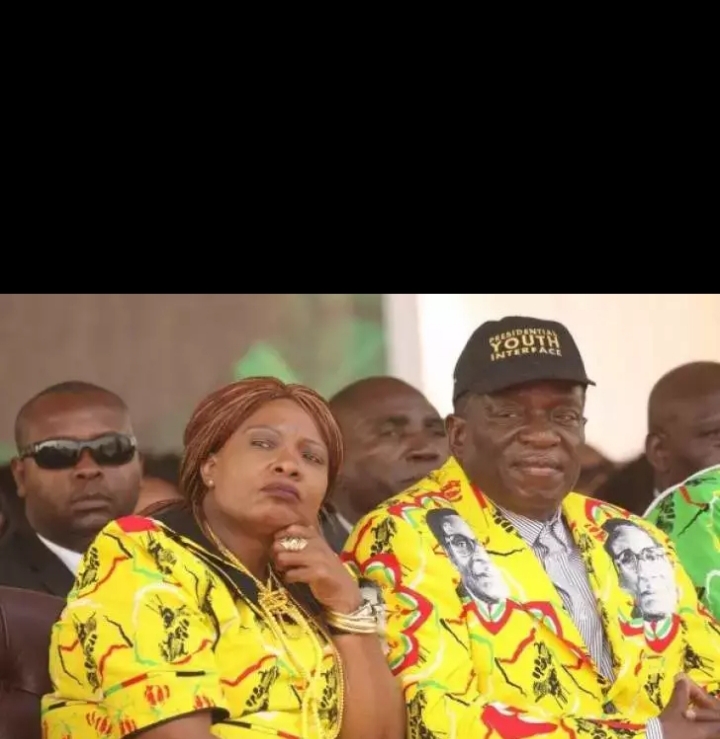 HARARE-(MaraviPost)-President Emmerson Mnangagwa appeared to joke at his own expense on Tuesday, on the same day it was revealed that his marriage was in troubled waters, ZimLive reported.

Mnangagwa was meeting executives of Russian mining firm, Alrosa, and the state-owned Zimbabwe Consolidated Diamond Company (ZCDC), for the signing of a partnership to mine diamonds in eastern Zimbabwe.

ZCDC chairman Killian Ukama had referred to the partnership as a “marriage”.

ZimLive revealed on Tuesday that Mnangagwa’s marriage to first lady Auxillia was “functional” but “there was no love”, with the two said to be “almost living apart”.

The Zanu-PF leader and his wife have clashed over his infidelity, which recently produced a child after the 76-year-old impregnated an accounting student at the Midlands State University who was working at their farm in Kwekwe.

ZimLive nameed the woman as Sikulekile Mapfumo. Mapfumo’s child with Mnangagwa, now three, was named Ethan Dumisani – his names’ starting letters the same as those of his father, who is sometimes referred to as “ED” (Emmerson Dambudzo).

Mnangagwa reportedly bought a house for Mapfumo in the suburb of Gaika in Kwekwe, where she lives with their son.

On Facebook, Mapfumo’s profile picture showed her sitting in front of a desk with a portrait of Mnangagwa behind her.

In several posts, she revealed her frustrations with her love life, but also appeared to share her favourite sex positions.

“I like it on my office desk,” she said in one.

Details of Mnangagwa’s marriage crisis emerged after his wife was recorded shouting at a top army commander claiming the military was spying on her.

Zimbabweans reacted with shock after she was heard at one point telling Colonel Samson Murombo, the commander of the 1 Presidential Guard Infantry Battalion, to spare her life and kill Mnangagwa instead – because she has children.

“I’m just a mere woman, a grandmother. Go and shoot Mnangagwa, I ask for a pardon. Don’t shoot me because I’ve children. Just shoot Mnangagwa, because I know this is all about him,” she says on the leaked phone conversation.

Sources told ZimLive on Wednesday that Murombo had since lost command of the unit that guards the President and State House.

“He was transferred,” a military source said, without revealing Murombo’s new posting.