AFCON: What next for Algeria after shock exit? 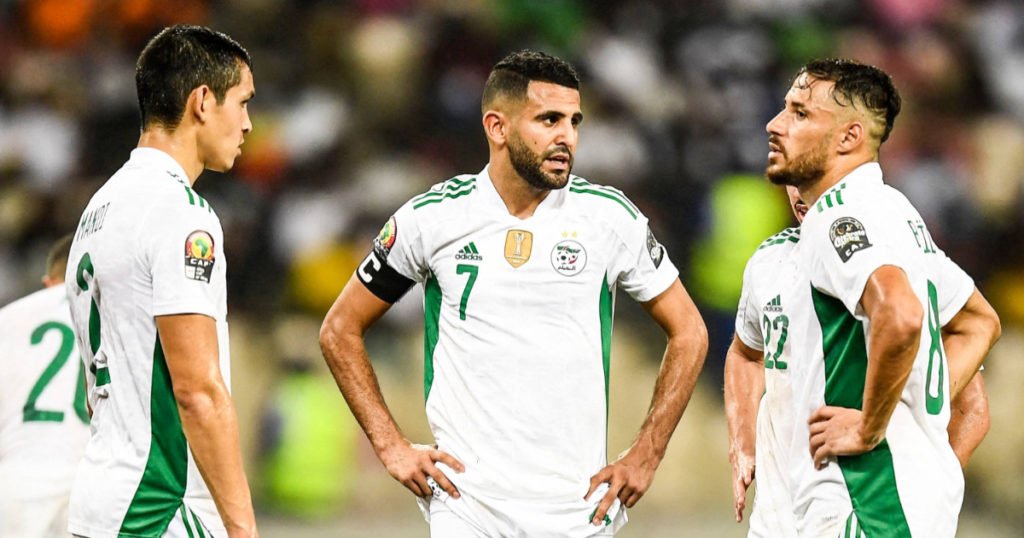 
After almost four years at the pinnacle of African football, the Desert Foxes has fallen to reality. The reigning champions were eliminated in the group stage at the ongoing Africa Cup of Nations. The 2022 FIFA World Cup offers an opportunity to rebuild.

Now and then, a team emerges to dominate the continent. While Nigeria had their success in the 90s, the early 2000s was for the Indomitable Lions of Cameroon. Egypt won three successive titles between 2006 and 2010 while two golden generations peaked, according to the stats on casino Australia.

After winning the 1990 tournament, Algerian football went into an abyss. Several dark years in the doldrums, the country suffered from civil war and terrorism.  Algerian came to life in the 2000s, qualifying for the 2010 World Cup in South Africa.

They returned to the global showpiece in 2014 and reacher the knock-out stage, taking eventual champions Germany to extra-time before losing in the second round. The Foxes peaked on the FIFA World ranking in October, rated 15th. But another difficult spell followed.

Rabah Madjer’s appointment in 2017 was expected to spark a revolution. Before him, five managers had tested their craft in the previous four years without any tangible result.

However, the decay continued. Algeria suffered a group stage exit at the 2017 AFCON and missed out on the World Cup in Russia, the following year. In his fourth stint as a coach (with previous spells in 1993, 1999, and 2002), cult hero, Madjer left the team more broken than he met it.

All of these happened amid corruption and match-fixing scandals ravaging the country’s football on the local level. Djamel Belmadi came with youthfulness, hunger and drive. Jackpot!

The ex-Foxes turned the fortunes of the team around by forging an identity and a winning mentality for the north African side. The following year at the 2019 African championship held in Egypt, they were hoisting the most-coveted title on the continent, sweeping aside oppositions with skill and grit.


They grew massive and posed unsolvable puzzles to oppositions, culminating in a second continental championship. They amassed a 34-game unbeaten run heading into this tournament and an Arab Cup win, which was backed by best online casino south africa at the time.

Had they managed to avoid defeat in the group stage, they would have equalled Italy’s remarkable 37-game unbeaten run and perhaps set a new international soccer record in the second round. But it was not to be.

“It’s difficult to make a rational analysis at the moment,” coach Belmadi conceded after the loss to Cote d’Ivoire. “We wanted to make up [for] lost ground in this match, we weren’t able to do that. When we didn’t convert our chances early on, perhaps doubt set in. Even [with] penalties we struggled to score.”

Belmadi will most likely continue on the job. At 48, he still has loads of years ahead of him. However, the gaffer must rebuild and do away with his ageing crop.

Belmadi must detach himself from the historic team. Just one player from that starting line-up against Senegal in the last final didn’t feature in Cameroon. While continuity is important, the manager must find a way to inject fresh blood, especially when around one-third of his 28-man squad were 30 or over.