You are here: Home » Lifestyle » Algeria to reopen its border with Tunisia Algeria, a major supplier of tourists to Tunisia, will reopen the land border between the two countries in mid-July. The border was closed in 2020 during the peak of Covid-19, Algerian President Abdelmadjid Tebboune announced on Tuesday.

“We have taken a joint decision to reopen the land borders from July 15,” Abdelmadjid Tebboune said at Algiers airport alongside his Tunisian counterpart Kais Saied who was preparing to leave the country after attending the festivities marking the 60th anniversary of Algeria’s independence.

Until then, road traffic between the two countries was limited to the transport of goods. Both countries closed their land borders in March 2020 to stem the spread of the coronavirus.

The tourism sector in Tunisia has seriously suffered from this closure, Algeria being a major supplier of tourists to the neighbouring country, particularly during the summer season.

Before the coronavirus pandemic, more than three million Algerians travelled to Tunisia each year, according to local media. Air and sea links between the two countries were summarized in June 2021. 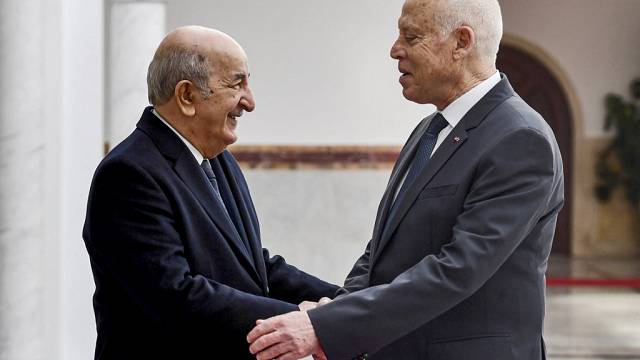