You are here: Home » Opinion » Appeasement Of Buhari, The Butcher Of Aso Rock To Free Igboho And Kanu Won’t Work By Bayo Oluwasanmi

Appeasement Of Buhari, The Butcher Of Aso Rock To Free Igboho And Kanu Won’t Work By Bayo Oluwasanmi

Dictionary.com defines appeasement as “to bring to a state of peace, quiet, ease, calm, or contentment; pacify; soothe: i.e. to appease an angry king” and to “yield or concede to the belligerent demands of (a nation, group, person, etc.) in a conciliatory effort, sometimes at the expense of justice or other principles.” To date, two people have advised that Yoruba leaders and elders should appease General Muhammadu Buhari, The Butcher of Aso Rock, to release Chief Sunday Adeyemo Igboho by following  the example of Igbo leaders who approached Buhari for the release of Nnamdi Kanu the IPOB leader.

Pelumi Olajengbesi, one of the lawyers of Igboho said “Therefore, and as a matter of urgency, Yoruba Leaders must urgently borrow a leaf from Igbo Leaders by approaching President Buhari to secure the liberty of Chief Sunday Igboho and that of all his associates from contrived charges against them.” In his own statement, Oluwo of Iwo, Oba Abdulrasheed Akanbi said “The controversies surrounding the continuous detention of Sunday Igboho can be addressed if Youruba  monarchs, elders and stakeholders are ready to take a walk to President Muhammadu Buhari.”

Why should we appease tyrant Buhari to free Igboho and Kanu? What crimes have the two agitators for Yoruba Nation and Biafra Republic respectively committed? Has anyone of them been tried and found guilty of any crime by a competent court of law? When has The Butcher of Aso Rock become dispenser of justice? Is Buhari both the law maker, prosecutor, and the jury? 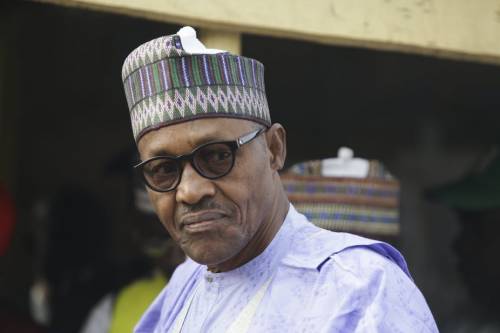 If Nigeria was a true democracy, Igboho and Kanu wouldn’t have been arrested and detained in the first place. If Nigeria was a country of laws, the two men would have been tried and freed longest time  because they were merely exercising their freedom of speech for self-determination. Olajengbesi and Oluwo should be reminded that appeasement doesn’t work with tyrants. It is in the character of tyrants to use their appeasement as a concession which further empowers and emboldens them to get more aggressive and more power hungry. Indeed, appeasement to a tyrant serves as an oxygen to his tyranny.

Buhari himself created his worst enemies just as tyrants everywhere do. Have you any idea how much tyrants fear the people they oppress?  Tyrants like Buhari realize that, one day, amongst their many victims, there is sure to be one who rises against them and strikes back! Buhari is no god. Why should we appease the butcher? We don’t need to appease him.

Appeasement will not restrain Buhari. Appeasement will further strengthen his tyranny, wickedness, and oppression. As a brutal tyrant dictator, Buhari has become Nigeria’s worst nightmare who brought terror into the peaceful minds of Nigerians. Buhari occupies a pride of place among the top brutal dictators of the world from the pages of history.

Like it? Share it!
WHO urges caution over travel bans linked to new COVID-19 variant < Previous
Luxor`s `Sphinx Avenue` reopens after years of excavations and restorations Next >
Latest News From Malawi
Headlines From: The Maravi Post