SAMBISA-(MaraviPost)-The Chadians troops had on Saturday launched an offensive against the insurgents in the Goje-Chadian area of Sambisa forest, a stronghold of Boko Haram.

The operation, led by Chadian President Idriss Déby, lasted for hours with the soldiers clearing the insurgents off the area.

Déby is a former chief of Chadian army.  Military sources in the area told The Cable that the arms store is the largest owned by Boko Haram.

“Hundreds of the insurgents were dislodged before the Chadian soldiers got through to the arms store,” one of the sources said.

Shekau was born in Shekau town, in tarmuwalocal government, yobe state; his exact date of birth is unknown but is said to be between 1965 and 1975.

Shekau is an ethnic Kanuri, and also speaks Hausa , Fulani Arabic, and English.

Shekau left the college for ideological reasons and without earning a degree.He later met Mohammed yusuf, the founder of Jamaat Ahlus Sunnah li Dawah wal Jihad, and became one of his deputies.

Shekau was appointed the leader of the group in July 2009, after the death of Yusuf in the 2009 Boko Haram uprising. 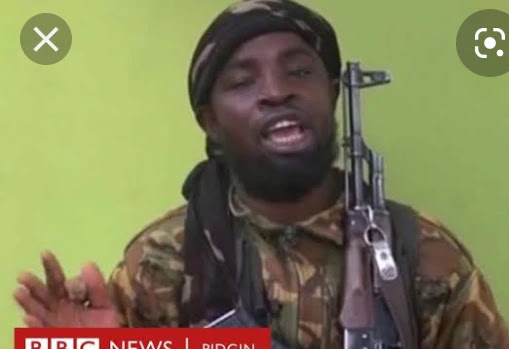 Shekau survived being shot in the leg during the 2009 attempt on his life by Nigerian security forces.

He is married to one of Muhammad Yusuf’s four widows.His nickname is “Darul Tawheed”, which translates as “specialist in tawheed”, the Islamic concept of oneness of Allah. So boko haram are even more afraid of chad

WHO: Omicron could have ‘major impact’, but no definitive answers yet

December 8, 2021, No Comments on WHO: Omicron could have ‘major impact’, but no definitive answers yet

A Reply From President Biden: Write A Letter To Dictator Buhari And Get Your Response In DSS Dungeon, By Buhari Olanrewaju Ahmed

December 8, 2021, No Comments on A Reply From President Biden: Write A Letter To Dictator Buhari And Get Your Response In DSS Dungeon, By Buhari Olanrewaju Ahmed

December 8, 2021, No Comments on Guinea: junta dismisses head of the Central Bank

US returns over 900 stolen artefacts to Mali

December 8, 2021, No Comments on US returns over 900 stolen artefacts to Mali

December 8, 2021, No Comments on SFRRFM, ADMARC under probe over alleged corruption in AIP