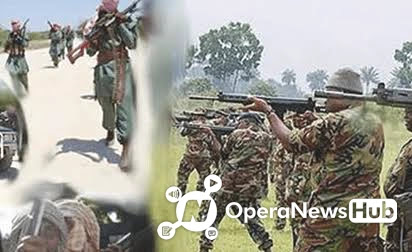 BOHOMA-(MaraviPost)-The Chadian army said on Thursday that it had completed an attack on Boko Haram Terrorists in the Chad border area that killed 1,000 terrorists but 52 soldiers had lost their lives.

Army spokesman Azem Bermendoa Agouna told AFP that they had decided to carry out the attack after losing about 100 soldiers last month.

He concluded on Wednesday after defeating Nigerian terrorists from his homeland.

“A thousand terrorists have been killed and 50 of their ships destroyed,” he said.

This is the first time the image of Operation Bohoma Anger, launched after the Chadian army, claimed the lives of several people in one day.

The Chad River is a major waterway where the boundaries of the Niger Republic, Nigeria, Chad and Cameroon meet.

It is west of the lake where jihadists have crossed from northeastern Nigeria. It was here that they launched the instability campaign since 2009.

On March 23, the militants launched a seven-hour assault on Chadin troops in Bohoma killing 98 soldiers, according to the Daily Trust.

In 2015, four border states in the region formed a Multinational Joint Task Force (MNJTF), which includes the Benin Republic to fight Boko Haram.

But Chad, whose army is very strong, expressed concern after losing the battlefield in Bohoma.

“Chad is responsible for the fight against Boko Haram,” President Idriss Deby lamented over the weekend.

In The 11-years Boko Haram has claimed thousands of lives in northeastern Nigeria. The blast has displaced two million people from their homes in the area.

On the Niger side, the Niamey Ministry of Defense says its armed forces and Chad allies have made heavy losses to Boko Haram militants in the Chad region.

Like it? Share it!
Mike Tyson admits offered a zookeeper £9,000 to fight a gorilla < Previous
Merck Foundation trains 500 specialist health workers Next >
Latest News From Malawi
Headlines From: The Maravi Post