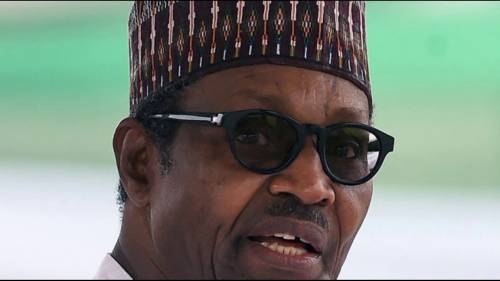 Domestic terrorism in Nigeria is not new. Nigerians have endured too often in recent years. What makes it more dangerous and more puzzling is when a sitting president, General Muhammadu Buhari The Butcher of Aso Rock, openly and proudly endorsed the butchering of Yorubas by his Fulani kinsmen herdsmen terrorists. By words and action, no doubt, Buhari is on ethnic cleansing mission.

The are two most lethal forms of domestic terrorism. First, ethnically motivated violent extremists like the Fulani herdsmen terrorists, the Miyetti Allah, with their representatives like the Gumis, the Garba Shehus, the Malamis, the El Rufais and other northern terrorist groups. Second, religious extremists – the Islamic fundamentalists like Boko Haram. The two terrorist groups have killed Nigerian citizens, damaged properties, destroyed livelihoods, displaced people from their homelands, turn Nigerians into refugees in their own country and caused many to flee to neighboring countries.

The Butcher of Aso Rock is continuously waging  war against Yorubas, Igbos, and other non-Fulani ethnic groups. He once appealed to Nigerians to learn to live with these terrorists saying we should accommodate them. Buhari with equal zeal has gone after Christians. Hundreds if not thousands of Christians have been murdered because of their faith. Some pastors were beheaded. Many were decapitated. And others went missing. It has been a total ethnic cleansing and religious persecution never seen in Nigeria.

These acts of terrorism have caused mass casualties, panic, and loss of critical resources to disrupt means of livelihood, vital services of the economy. Our tourist flows have been affected. Of course investments are at a stand still. Their terrorism activities have had heavy and long lasting impact on Nigerians. We have been dehumanized.

The terrorists have created terror, fear, intimidation, insecurity, poverty, violence, feelings of helplessness and hopelessness across the country. No one and no place is safe. Nigeria is a slaughtering field. Despite the anarchy in the country, Buhari like a conqueror coming from war with spoils of war boasting: “We are luck that we have remained one country (despite all the killings).”

The political implications of these terrorists’ attacks are obvious. Our democracy has been erased. Our freedom abbreviated. Our life uprooted. We have unraveling and abuse of existing structures in ways that work to the government’s advantage. Supporters and enablers around Buhari who favor authoritarianism are the greatest beneficiaries of a decadent system run by a bigoted tyrant.

For all these evils perpetrated by Boko Haram, Fulani herdsmen terrorists, northern extremists and Islamic fundamentalists, approved and applauded by Buhari, the Nigerian people hereby declare Muhammadu Buhari the blood thirsty Butcher of Aso Rock wanted for crimes against humanity.