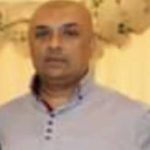 BLANTYRE-(MaraviPost)-President Lazarus Chakwera’s Tonse administration is clearing away for Indian businessman Abdul Karim Batatawala’s claims demand of MK250 billion that the leadership be benefit from the payout, it has established.

This publication understands that Batatawala is a secrete scheme with President Chakwera’s Tonse government particularly Malawi Congress Party (MCP) to deal with any other Indian businessmen who were contracted to supply goods and services with the former governing President Peter Mutharika’s Democratic Progressive Party (DPP).

Tonse government says is struggling to settle claims in excess of MK2 trillion from private firms, contractors and companies emanating from legal compliance anomalies of contracts.

He said a majority of such claims are made in instances where such companies never supplied any services or goods to the people of Malawi but government was found in breach of terms of contract.

“The claims are more than our annual budget, technically in excess of MK2 trillion. There are some firms that have just so many demands, I will give you an example of Batatawala; him alone has cumulative claims of about MK250 billion. There are court judgements, we are appealing and defending government in all those cases,” Nyirenda explained.

However, AG Nyirenda narrative on the matter is seeking public sympathy that payment is made to MCP’s benefit.

Former AG Chikosa Silungwe stood grounds against such payment whom was sacked by President Chakwera for his zeal and professional work.

Commander Idriss writes on FB: “That man, Abdul Karim Batatawala, through a network of labyrinth of companies, is claiming over MK250 billion from the government of Malawi.

“What breaks my heart is that Batatawala did not award himself the contracts for which he was already paid billions, and for which he is now claiming billions more. He didn’t award himself that absurd K53 billion contract to supply shoes and belts and shirts to the Immigration Department,”

He says, “Our people, many of them educated to university level at CHANCO and The Polytechnic, have for years connived with sleazy business people to fraudulently help them get mega contracts and milk the fiscus dry. This, here, makes me bitterly angry.

“How is it that for every egregious injury of grand corruption done to this country is an efulefu educated at CHANCO or The Poly.What did they ever put in the water that the students used to drink there?”

“Bunda is not much of a culprit. Agriculturalists tend to be an honest, hardworking crop, who wait for the rains and fervently pray for diseases not to kill their goats and cows. They know and value the process of planting, cultivating, waiting and—later—harvesting. There are no shortcuts.

“Maybe what we need is an overhaul of government procurement and administrative systems to boot out those Chanco and Poly people.Could this ever happen? No, of course not. Because those to do the booting are themselves hopelessly compromised Chanco and Poly graduates,” added Idriss.