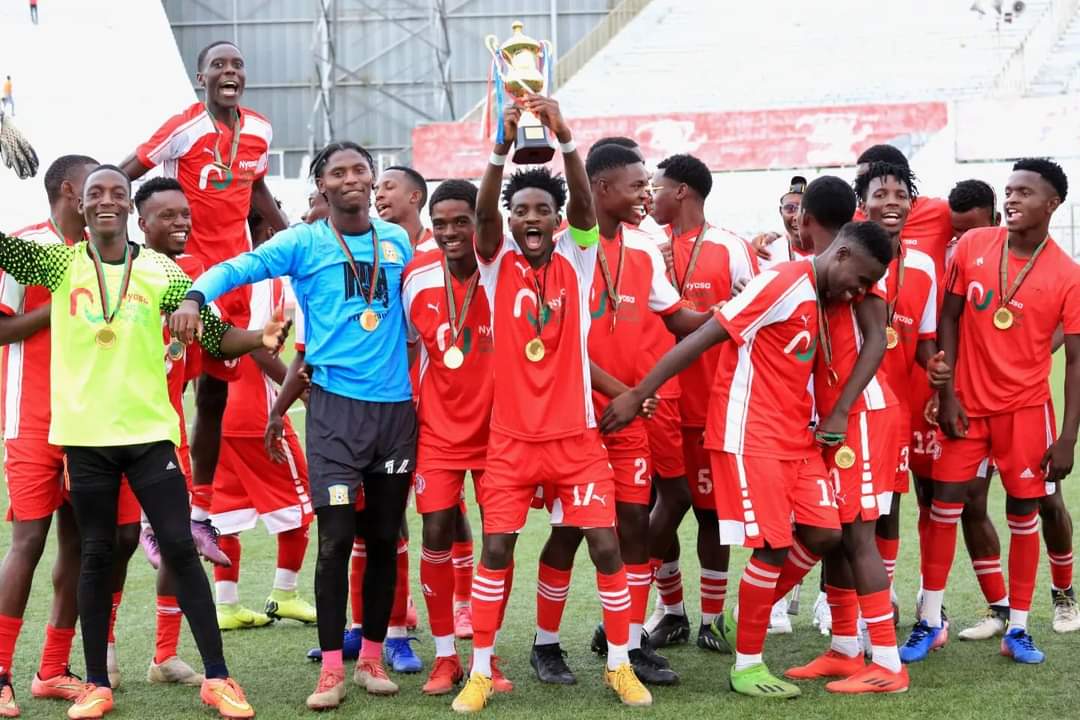 Chikumbutso Salima extended the lead for the Young Bullets at 80th before Ndirande Stars reduced the deficit through Stewart Kalima at 90+2 minutes.

It was a highly contested match as both sides attacked more as they searched for the precious goals, but first half ended in stalemate.

Chatama made several changes in the second half to find goals.

The changes paid dividend to the side as they scored two goals to win the championship of the MK8.3 million Nyasa Capital Finance Cup in the Southern Region.

Defending it after winning the same in its maiden year 2021.

The team has so far reached three finals after being defeated by their senior brothers in the MK90 million FDH Bank prestigious Cup at Kamuzu Stadium weeks a go.

Chatama has however, vowed to build a strong team next season but appealed to the supporters not to anticipate more.

The team is also in the semifinals of the Southern Region Football Association (SRFA) Thumbs Up league.

Kaluwa vowed to produce sparking results in the premier league which they have just joined.

“We will be heading into the third year of Sponsoring the cup in regions. Our business base has extremely grown up. We are hoping for more in the coming season”, Kapanga joyfully said.

Balaka FC defeated Nsanje FC 3-2 in the post match penalties after regulation time ended 2-2 in a third place play off classification.They went with MK250,000 and Nsanje United FC got MK100,000 for finishing 4th.