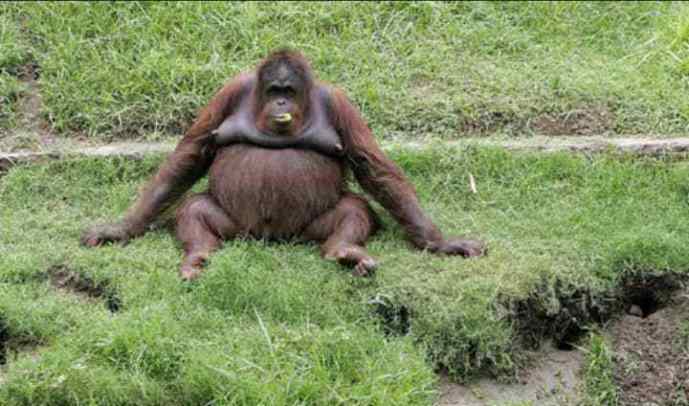 A zoo keeper at Indonesia’s Surabaya zoo has been arrested and charged with sexual assault on animals and to extend of even impregnating a female orangutan.

According to the county’s local news agency “the Kalimantan Press” the 38-year-old zoo keeper was filmed in full action by series of hidden cameras put in place by the zoo’s security officials after doubts emerged about the man’s devious actions towards the zoo animals.

A colleague of the zoo keeper explained to the local press that some of the animals normally seemed sexually aroused anytime it is time to feed them.

“… what made us most suspicious was when we discovered that Marylin, our oldest orangutan, was three months pregnant. She has never been in contact with any other orangutans because of her aggressive nature, so it didn’t make any sense,” he explained.

The zoo officials admit it took them sometime before being able to accept what had actually happened.

“At first, we clearly did not comprehend what had happened. Marilyn has been secluded for the past 10 years, it was a total mystery. It is only when we placed several hidden cameras that we learned the horrible truth,” authorities said.

When local authorities confronted the offender, he earlier denied any wrong doing, but later explained that everything he had done was consensual.

“… I’m very sorry I have impregnated the orangutan.” He told local reporters.

He added that he did not know orangutans could get pregnant from humans.

Like it? Share it!
Taking a Leap: The risk of development, on a human level < Previous
RSA Pastor Ratsatsi who made congregants eat a snake strike again….feeds faithfuls with dog meat Next >