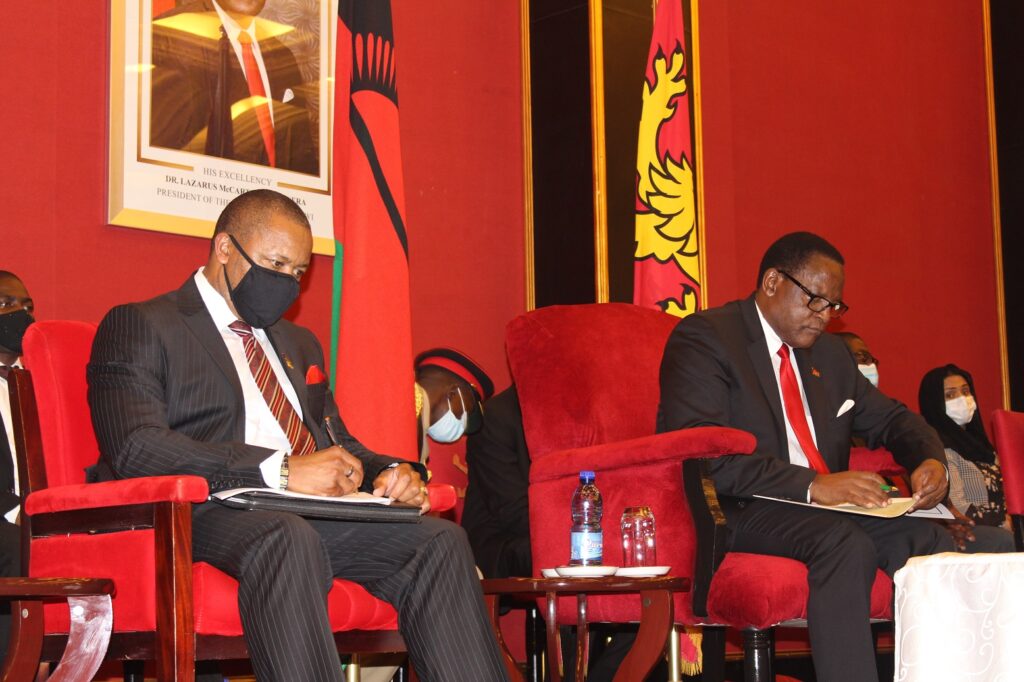 LILONGWE-(MaraviPost)-Great leaders can be spotted through their questions. This was evidenced yesterday in Parliament during question time to the President when Dr. George Chaponda took time grooming Lazarus Chakwera on the consequences of honeymooning with Israel.

Chaponda, a former foreign affairs minister, said Malawi during the one-party state, dictator Kamuzu Banda took an independent position of honeymooning with apartheid South Africa and decided not to follow what frontline states were parachuting.

Malawi Congress Party (MCP) regime is well known for working in isolation with other countries.

The party was once criticized for aiding armies’ rebels of UNITA and RENAMO.

It was during the regime of the Malawi congress party when Samora Machel President of Mozambique was killed in a plane crash when he was coming from a war council meeting with leaders of Angola, Zambia, and Zaire.

On the agenda were South Africa and Malawi support to the rebel armies of UNITA and RENAMO.

The plane crash raises instant suspicious that the apartheid state of South Africa and the One-party regime of the Malawi Congress Party May have been involved.

At the Malawian Embassy which was a few blocks away from the South African Embassy building in central Maputo, invaders destroyed furniture and burned the Malawian flag.

A slogan written on a wall said ?Banda is a murderer, ? a reference to President H. Kamuzu Banda of Malawi, the only African nation that had diplomatic relations with Apartheid South Africa.

On the Lake Malawi dispute, the mediators were all from frontline states and you could not expect them to support the genuine claims of Malawi on the Lake against Tanzania which was a frontline state.

It is yet to be known if this is what Chakwera wants to turn Malawi into a Pariah State.

A pariah state may face international isolation, sanctions, or even an invasion by nations who find its policies, actions, or its very existence unacceptable.