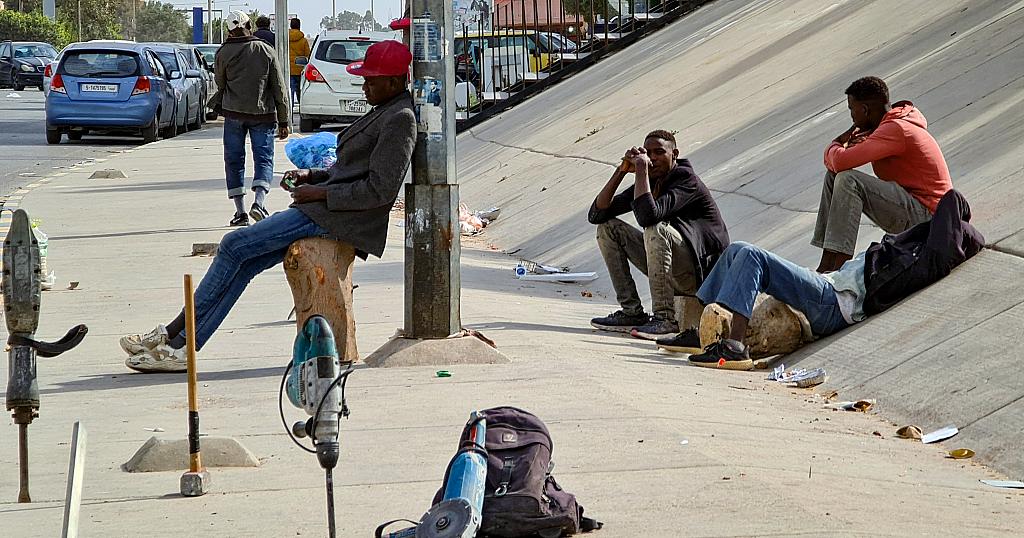 Driven from home by desperation and blocked from European shores, hundreds of stranded migrants are resigned to staying in conflict-hit Libya, even while struggling to get by on odd jobs.

Every day at dawn, casual labourers from Eritrea, Niger, Sudan and other African nations gather under bridges in the capital Tripoli.

Carrying worn tools, they slouch on the pavement waiting for one of the passing cars to stop, before crowding around the potential employer and clamouring for a day’s work.

Many left countries riddled by conflict, poverty and corruption to try to cross the Mediterranean in rubber boats from Libya, a hub for irregular migration to Europe.

Those who were stopped by the coastguard and returned to the North African country, itself wracked by chaos for a decade, now form the backbone of an informal labour market.

Mokhtar Mohamed came to Libya “six years ago to get to Europe”, the 27-year-old from the war-torn western Sudanese region of Darfur told AFP, as he waited under a bridge hoping to earn a day’s wage.

“I tried to cross (to Europe) in 2016, but our boat was intercepted and I was put in a detention centre” in a suburb of the Libyan capital, he said.

Locked up in “very difficult conditions”, Mohamed remained there until July 2019, when an airstrike hit the centre and killed dozens of people.

The capital was at the time battered by an offensive by forces loyal to eastern strongman Khalifa Haftar, who was vying for control of the country with the former government in the west.

“I am a survivor,” he said, holding up his registration card from the UN refugee agency UNHCR, which “got him out of the centre”.

“Since then I have been coming to wait under the bridge for work as a mover.”

But work is hard to come by, even more so during the Covid pandemic, and many day labourers come away with nothing.

But European nations’ determination to prevent migrants reaching their territory via a host of North African countries is as strong as ever.

Italy’s government said on Thursday a hotline would be established between Rome and Tunis to counter irregular migration, following a spike in arrivals at Lampedusa island.

And around 8,000 migrants this week poured into the Spanish North African enclave of Ceuta from Morocco, amid a diplomatic spat between Rabat and Madrid, which sent most of the arrivals straight back.

Like Mohamed, Brahim, who is from Niger, waits daily under a Tripoli bridge, buffeted by the eastern Mediterranean wind and desperate for work.

The painter and masonry worker paid smugglers for three attempts to reach Italy, but each try was stopped short by the coastguard.

Libya became a hub for clandestine attempts to reach Europe under Moamer Kadhafi, who controlled the country for 42 years until he was toppled and killed in a NATO-backed uprising in 2011.

The erratic dictator opened Libya’s doors to migrants to staff largely menial jobs in the oil-rich country, but also to pressure European countries to cough up money in exchange for stemming the onwards flow of migrants.

In the post-revolution chaos, there was a marked increase in human trafficking and clandestine crossings.

Now, migrants “who have no job security are also at the mercy of traffickers”, said Michael Neuman, director of studies at Doctors Without Borders’ think-tank CRASH.

With a ceasefire in Libya holding since October and a new unity government established in March, the country could again become a final destination.

“Kadhafi’s Libya was very open to migration, especially sub-Saharan, which was encouraged,” said Neuman, who documented in 2020 “the execrable living conditions that prevail in the detention centres”.

“It could be that way again,” he added, if the political situation continues its recent tentative stabilisation.

Brahim said he would be willing to settle permanently in Libya, “if there is work and the situation improves”. 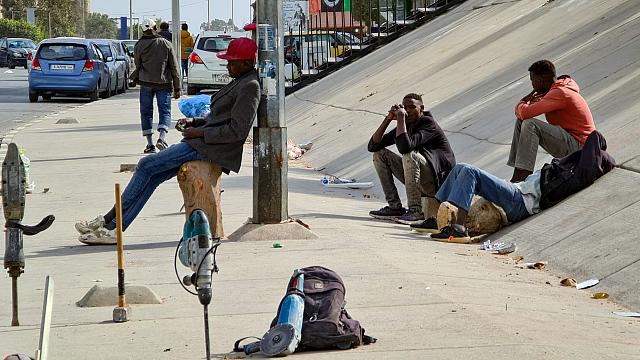