You are here: Home » Opinion » The pack of jackals at MEC must fall

The pack of jackals at MEC must fall

Some of the words that were repeatedly said by beleaguered Malawi Electoral Commission (MEC) Chairperson, Justice Jane Ansah was ‘I am confident in the election process’ and ‘auditors have verified these results. However, the leaked BDO audit report has confirmed what every reasonable Malawian concluded after the announcement of the results; the 2019 election process was not credible and Ansah colluded with the Democratic Progressive Party (DPP) regime to maintain its grip on power.

As one of the beneficiaries of the spoils of power, Ansah did everything to secure Peter Mutharika’s victory. Her efforts included a chain of lies which have been coming out since the announcement of the results. The leaked ‘audit report’ reveals that it was not the intention of MEC to have an independent audit firm that would verify the authenticity of the elections results. The report also shows that MEC’s conduct rendered the whole auditing process useless. 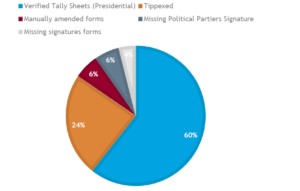 Ansah lied many times that all the results displayed at the National Tally Centre were audited and verified before displaying them. However, the report indicates that MEC accepted and announced unverified results. The report also shows a lot of unresolved irregularities with some of them simply bordering on fraud. Yet during announcement of results, Ansah lied to the nation that the commission addressed all grievances and complaints.

The auditors also noted some cases where votes cast exceeded the maximum number of the registered voters per stream. They indicated that several polling stations stream results were not tallying to the totals of the stations. Incredibly, the auditors stated that MEC provided them with an official letter to approve all papers if they contained the Presiding Officer’s signature only.

In other words, MEC told the auditors to disregard anomalies despite their seriousness. Why would anyone employ auditors just to disregard all queries raised? This shows MEC acted in bad faith and never intended to use the full expertise of the auditors in the first place. MEC requested UNDP to help in results management and transmission just for a show. It was not MEC’s intention to let an independent audit firm do its job without interference.

The auditors further said, “Had we performed additional procedures, or had we performed an audit or review of the Agreed-Upon Procedures Report of the user in accordance with International Standards on Auditing, other matters might have come to our attention that would have been reported to you.”

The whole exercise was a sham and that’s why MEC was reluctant to release the report. MEC knew it would open a can of worms. The damning report which is now in the public domain was never supposed to see the light of the day.

The whole MEC is rotten. It presided over an election which it promised to be free and fair but was planned and delivered in typical mafia style. The lies discovered through the report adds to the list of lies Ansah told the nation. Malawians continue to discover that Jane Ansah is a liar and has no integrity whatsoever. The pack of jackals at MEC must fall!

Like it? Share it!
Seven questions business owners should ask themselves before the start of quarter four < Previous
Major Funder of Republican Campaigns Billionaire David Koch has died at 79 Next >
Recommended stories you may like:

One thought on “The pack of jackals at MEC must fall”