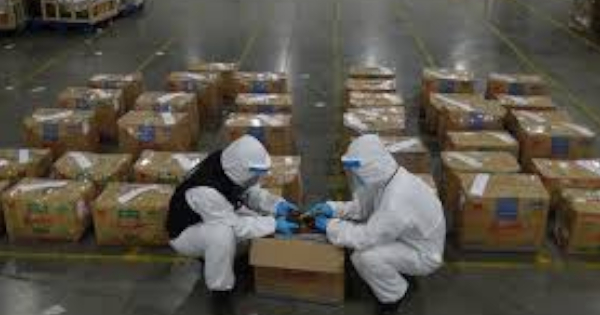 BEIJING-(MaraviPost)-A total of 7,221 penises of African origin have been seized by the Chinese customs officers in what has now been tagged the world’s biggest seizure of human organs in history.

The organs which were hidden in a refrigerated freight container were seized when the ship harboured in the Shanghai Port following information from an anonymous informer who alerted the Chinese authorities.

The organs were packed in 36 boxes labelled as ‘plantains’ inside the refrigerated container on a ship which transited from Lagos, Nigeria and ship’s crew consisting of four Nigerians, two Malians and two Cameronese now being detained.

Speaking on the seizure, the spokesman of the Chinese General Administration of Customs, Li Wu, says an increasingly large number of armed groups in Africa use organ trafficking to finance themselves, making such seizures predictable.

“These organs are common commodities now, but they were certainly harvested in unsanitary conditions or contaminated at some point, so we can’t let them out on the Chinese market.”

Mr. Li says the organs were shipped from Lagos in Nigeria but may have only transited through that country and could possibly originate from elsewhere in Africa.

“We know that penises from Lybia and Sudan fetch a higher price than those from other African war zones, but can’t presume of their origin before the end of the investigation.”

Describing the organ’s value as high as illegal drugs, he said that “specimens of this size” usually fetched around $160,000 each on the black market, and its total value was more than US$1.15 billion, adding that similar seizures may become more common over the next few years as armed groups in Africa turn to organ trafficking to finance their military operations.

Human penises were seized in nine cases since 2002, but today’s find represents more than four times the amount seized by customs officers over the past 18 years.

Lloyd M’bwanahttps://www.maravipost.com
I'm a Lilongwe University of Agriculture and Natural Resource (LUANAR)'s Environmental Science graduate (Malawi) and UK's ICM Journalism and Media studies scholar. I have been The Malawi Country Manager and duty editor for the Maravi Post for the past Three Years. My duty editor’s job is to ensure that the news is covered properly, that it is delivered on time, and that it is created to the standards set out in the editorial guidelines of the Maravi Post. I also decide most of what the user will or will not see. And those users will be clicking on the website expecting to see what their trusted news. Organisation has to say on an issue. I started as a senior Reporter with the Maravi Post over a 6 years ago. When I have time, I do field reporting as well.
RELATED ARTICLES
Law and order