HomeOpinionDecline Of IPOB Organization & The Rising Of Biafra Nation By Ij...
Opinion 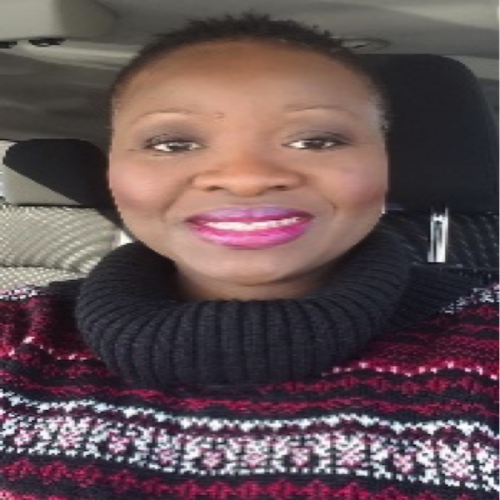 It is more important now than ever before for all ethnic nationalities of the former Biafra region, if not all regions of Nigeria seeking freedom from the Fulani caliphate, to unite for the sole purpose of materializing that which they all desire – FREEDOM from the oppression of the unfair 1999 constitution imposed on Nigerians without our collective consent.  It is so important now because the country is fast spiraling into war and possibly becoming eternally enslaved by the Fulani cabal who believe that Nigeria is a land that was gifted to them by God.  So, any proclaimed pro-freedom group that resists the call for unity among all for-freedom groups is a sabotage to the freedom of ALL; and this is due to the fact that no one group can achieve freedom all on their own.

The IPOB Organization led by the fearless Nnamdi Kanu has championed the fight for freedom for about nine years and have achieved the result of fully sensitizing the Nigeria people of the massive sociopolitical and economic inequities metered out to the people of South South and South East region of Nigeria.  The organization now seem to be morphing into something that is very disturbing and a call for concern as reports of violence and abuse of human right within the organization is beginning to surface.  These reports of human rights violation within IPOB seriously beg the question, why an organization that claim to be fighting for the freedom of its people has become marred by the same injustices it claims to be fighting against!

The truth is that by the year 2015, IPOB had reached its individual capacity of what it could achieve on its own.  However, due to pride and personal aggrandizement, the leadership is adamantly opposed to humbling themselves and working with others who have solutions.  By the time Nnamdi Kanu was in jail and IPOB seemed incapacitated and could not find any way forward, rather than unite with other groups, they filled their time by peddling propaganda and conspiracies.  There were calls for them to unite with other pro Biafra groups to continue the fight; but the organization labelled anyone that made such suggestions a saboteur of the struggle not knowing that they, themselves, IPOB, have become the saboteur by refusing to work together with their people for a common purpose.  IPOB is now a saboteur to the freedom of the Nigeria ethnic nationalities because, instead of uniting with groups that have a path to freedom, they have become a nuisance by pushing constant attacks against those doing something concrete towards achieving freedom.

Since then, IPOB have continued to disintegrate and loose membership of people who genuinely want freedom as they notice that IPOB organization is not the freedom fighter it claims to be.  The problem with IPOB organization is that it has become a cult that worship one man – Nnamdi Kanu.  You will hear the members say things like “only Nnamdi Kanu we know, if it is not IPOB under Nnamdi Kanu, it is nothing, every freedom fighter must come under Nnamdi Kanu,” and without question, they condemn anyone that Kanu instructs them to condemn, and so on and so forth.  So, it begged the question, is it Nnamdi Kanu that you want, or it is Biafra freedom that you want?  One of the best America Presidents, Barack Obama, said that the problem with Africans is that they “build strong men instead of strong institution;” and building strong men while neglecting processes and institutions is exactly the bane of the lack of progress and development in the third world countries like Nigeria today.

A strong man will die or leave you one day; but strong processes and strong institutions will span generations and make a country strong.  The IPOB organization has obviously fallen into that hole of building a strong man in the name of Nnamdi Kanu; instead of fighting for freedom regardless of who is the leader.  And because of that, the group had reached its maximum effect.  They can no longer contribute anything positive to furthering our collective good because they are only working to please one man: their cult leader – Kanu.  Therefore, we must move on and away from them unless Kanu repents and embraces democratic principles that guides true freedom.

However, it appears that IPOB organization is running its final course.  On 1 March 2021, during his radio broadcast, their leader, Nnamdi Kanu, authoritatively fired all his United Kingdom subordinate leaders on air, calling them all idiots and incompetents.  He also, in the same broadcast, urged all members of the organization to destroy their phones and go underground to run away from the Nigeria government.  Meanwhile, as the IPOB is apparently losing its luster, there is something promising to looking forward to.  That hope is the rising of BIAFRA NATION (BN), led by progressive people who left the IPOB organization.  These select group of people were courageous enough to tell Nnamdi Kanu the truth of his bad ways which led to their expulsion from IPOB; some of them resigned on their own due to the lack of integrity of IPOB leadership hierarchy.  BN group leaders are tested and proven.  They understand what true leadership mean as well as understand the need for inclusion and liberalism, (not tyranny and authoritarianism characteristic of Kanu’s IPOB), needed in pursuit of freedom from the Fulani Cabal, without which there can be no freedom.

Biafra Nation’s group watch word is UNITY among the ethnic nationalities.  The group’s operative principle is based upon human fundamental rights and freedom.  They boldly condemn the acts of violence, peddling of lies and conspiracies in freedom fighting, saying that such will not bring a nation that we all desire.  BN have a radio and a Facebook platform profiled as BIAFRA HUMAN RIGHTS AND FREEDOM RADIO, where several members of their interim leadership present teaching programs almost daily in an effort to heal the damaged minds of Biafrans that were misled by IPOB organizations’ propaganda and conspiracies; they also broadcast on the ways forward to achieve freedom.  They have already succeeded in uniting with many of the existing pro freedom groups and continues to work to further synergize the quest for freedom among all stakeholders.  The group leadership encourages and calls on all lovers of freedom in Nigeria, regardless of tribe, to join them in unity of purpose to get the freedom that is so desperately needed from Nigeria.

Ij Onuigbo is a U.S. Army Veteran, human rights activist and a humanitarian.