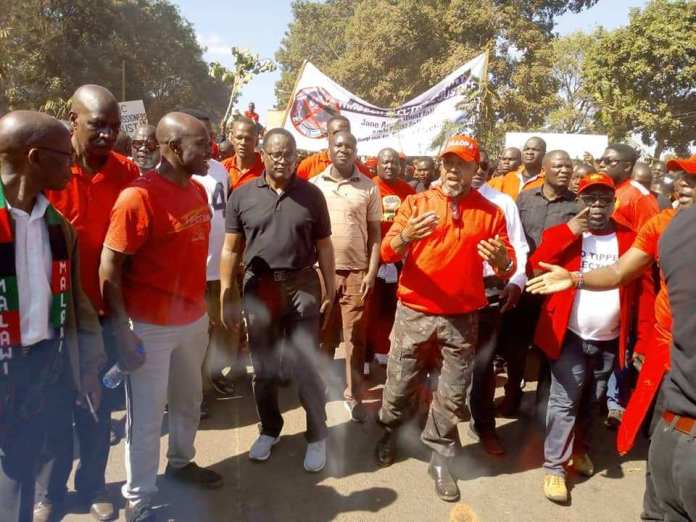 The MCP leader argued that concerned Malawians are behind the protests not members of his party.

Chakwera also questioned the relevance of the supplementary laws gazetted Friday by the minister of Homeland Security Nicolas Dausi arguing that the minister flawed some important steps that are taken before anything is gazetted to a law.

He therefore observes that Democratic Progressive Party (DPP) government continues displaying its lawlessness in trampling on Supreme Laws of this land , ” By drafting and enacting laws while bypassing the parliament which is duly established for drafting and passing of laws in a bid to get what may please them”.

Chakwera bemoaned the continued attacks on public critics with the recent case of petrol bombing of MCP’s Director of Campaign, Moses Kunkuyu’s premises in Blantyre and HRDC Chairperson Timothy Mtambo’s house in Lilongwe a fortnight ago.

The MCP President therefore  commended Malawi Defence Force (MDF) for its professional way of controlling the crowd during demonstrations and court sessions and he asked the general public to remain calm as Malawi awaits justice on the case.

People’s Party Vice president for the South Chivunde told the same news conference that people who are going to the streets to protest are Malawians.

“and when people see political leader patronizing the demonstrations, they should see them as Malawians who are there to enjoy their constitutional rights”.