Who has the stamina,charisma in MCP to replace late “Mbuya” Sidik Mia? 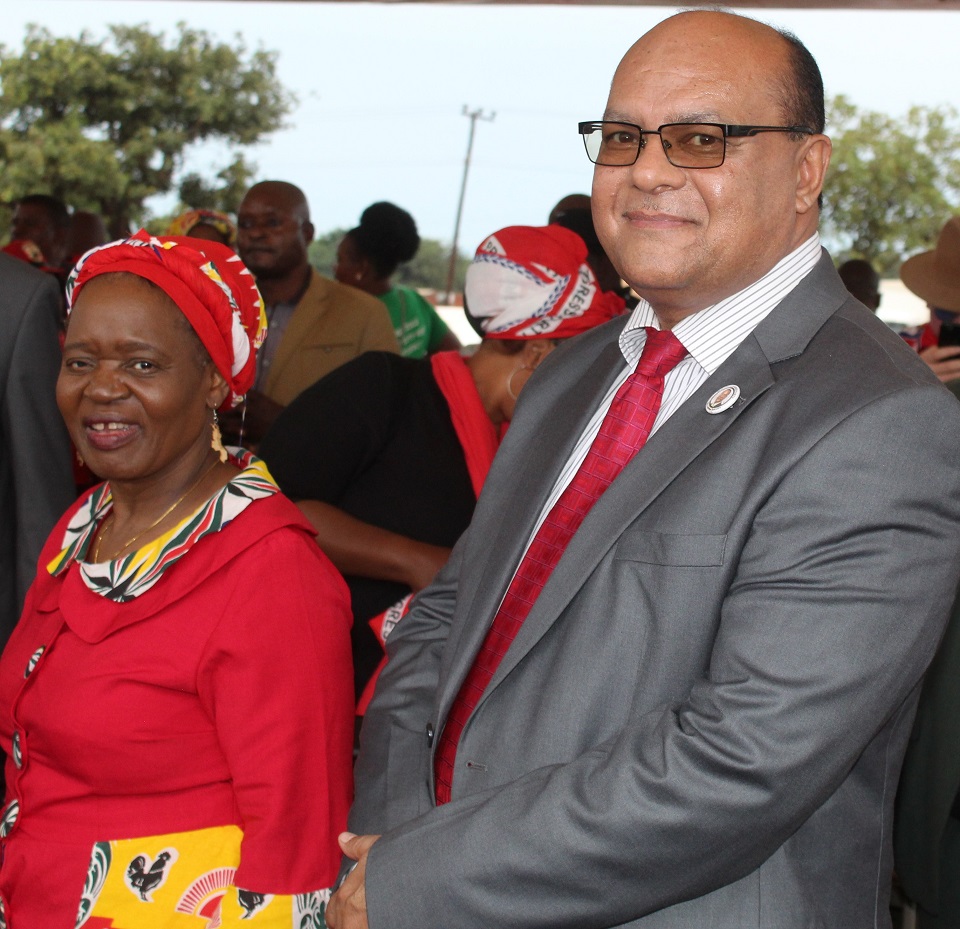 It is an open secret that the sudden death Malawi Congress Party (MCP) Vice President for the Southern Region Alhaji Mohammed Sidik Mia left a gap in the Region.

I always tell whoever wants to listen, if you want to win Presidency, apart from Mzimba, win Blantyre, abit of Zomba and Ntcheu. Tonse had a bonus, Balaka voted for it as well replacing Zomba.

Look here Lilongwe, Blantyre, Mzimba and Zomba make almost 45 to 55 percent of registered voters in all previous elections. If one won 100% in those districts one would automatically win Presidency. We know it’s impossible.

Now back, because of strategic importance of the Southern Region, MCP needs a strategy to win some districts in the South. So far during Gwanda period the Lower Shire delivered that vote, but UDF also too a huge share. Even Gwanda’s Republican had about 3 MPs from the area.

Because of this, the vacant post of MCP Deputy President is very important to the party, and the holder. There are two things that can happen. The one who fills it can either become running mate for President Chakwera and succeed him or continue the role of Vice President should MCP run alone and win.

I had to discard Chief Justice Lovemore Munlo Sc (Rtd). For young ones in MCP this man is Malawi Congress Party to bone. He even tried party Presidency in 2013. Age might be his biggest let down and he has not been active.

Another MCP member is Gustav Kaliwo, former Secretary General. These are people MCP in the long term might want to have back and use them to work in Zomba and Chiradzulu with new brains like Thomas Bisika who had a decent run in Zomba Ntonya.

Ned Wa A Poya is not allowed to comment. So Munlo and Kaliwo basically are out of the race for Vice Presidency.

Abida Mia; she is a strong contender and being a woman would show MCP in a different light. Women in MCP have not emerged on the platforms stronger since Late Kate Kainja was Secretary General.

The other famous strong women like Juliana Mdamvetsa Lunguzi and Dr Jessie Kabwila had to retreat or leave. Abida appointment after many women were forced to be independents could help improve the party’s image.

Her biggest challenge is temper and using money to buy love. She has shown to be action oriented and something she can capitalize than spending. If she wrestles the two Nsanje constituencies, she could have a strong basis to claim her late husband’s post.

Moses Kunkuyu: As national director of elections he delivered an election. I know UTM and MCP fanatics differ on theories as who delivered Blantyre and Balaka. They were DPP in 2019.

They changed to Tonse in 2020. Late Sidik Mia, Moses and others all worked in those areas. At party level that is enough clout for the young man to claim victory. He went to work with Chiefs and other areas. He has remained diplomatic.

His biggest weaknesses some people think he is not approachable. His trip to try his luck in Dedza also diminished his Southern region credential despite being a Manase guy for years.

I find him easy to talk to. He could also rebrand MCP image among young people in Southern urban areas. He might need to work hard and deliver at least seats in the South.

Gospel Kazako; well nobody has ever seen him in party colours. I would place my head that he is MCP. He has been professional. But Gospel to me represents what we can brand to be ‘a Malawian dream’. Hustle, set goals and achieve them.

He went to MIJ and Chancol when he was already a millionaire if not a billionaire. He is smart and intelligent. He inspires a new generation that even when you have everything education is important. He also has the art of convincing people.

Perhaps what MCP needs in the South- someone convincing to convince doubting Thomases. Gospel can be part of rebranding of the MCP in the region. I would vouch for him as safe character.

However politics is politics, he might want to move beyond his current radio only fame to political ground. His diplomacy and tact might need refining. He can learn one or two from Lucius Banda transition.

His weakness, just like his home boy Walter Nyamilandu is people assume he is arrogant. It could just be the Sena character in him. I find him easy to talk to though I have not spoken to him since he became a Minister.

The other option but very damaging one would be Patricia Kaliati. But we all know that will break the alliance let us not explore today. But in politics anything is possible.

Imagine 2025 elections- Dr. Lazarus Chakwera with a lady from Lower Shire or Moses or Gospel battling it out with SKC with a lady or some other characters I will analyse later and Dalitso Kabambe or Kondwani Nankhumwa or Joseph Mwananvenkha or Bright Msaka pairing with Walter. It could be a regeneration of ideas.

Disclaimer: Views expressed in the article are those of the author not neccessarily of The Maravi Post or Editor

Maravi Post Author
Today's Opinion · Op-Ed Columnists · Editorials · Op-Ed Contributors to the Maravi Post· The Maravi Post accepts opinion essays on any topic. Published pieces typically run from 400 to 1,200 words, but drafts of any length within the bounds of reason will be considered.
RELATED ARTICLES
Agriculture