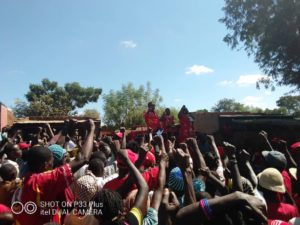 Kabwila, the former MCP Spokesperson described the alliance as a marriage of convenience that aims at robbing Malawi’s family out of malice.

The outspoken Kabwila named the alliance as “Cashgate Party”, which has no vision for the nation but rather to continue plundering Malawi’s minute resources. 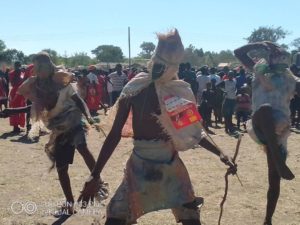 She reminded Malawians on how PP and its leader were kicked out power in 2014 due to public resources plunder hence no need to bring them back into power through backdoor.

Kabwila was addressing the constituents during the whistle stop tours UTM leader Dr. Saulos Chilima has in Salima district to woo votes for May 21 polls.

“It’s the same MCP under Chakwera that despised PP’s public resources plunder, and why now? How can a man drug to court his wife on theft when sleep on the same bed?

“This marriage can’t work for the Malawi needs. The nation needs a healing hand of an insightful leader to change Malawi’s scope of development. This is why UTM Party with Chilima promises a government for the people,” says Kabwila.

In his turn Chilima promised Salima people magnificent cotton and fish factory that will create jobs once voted into power.