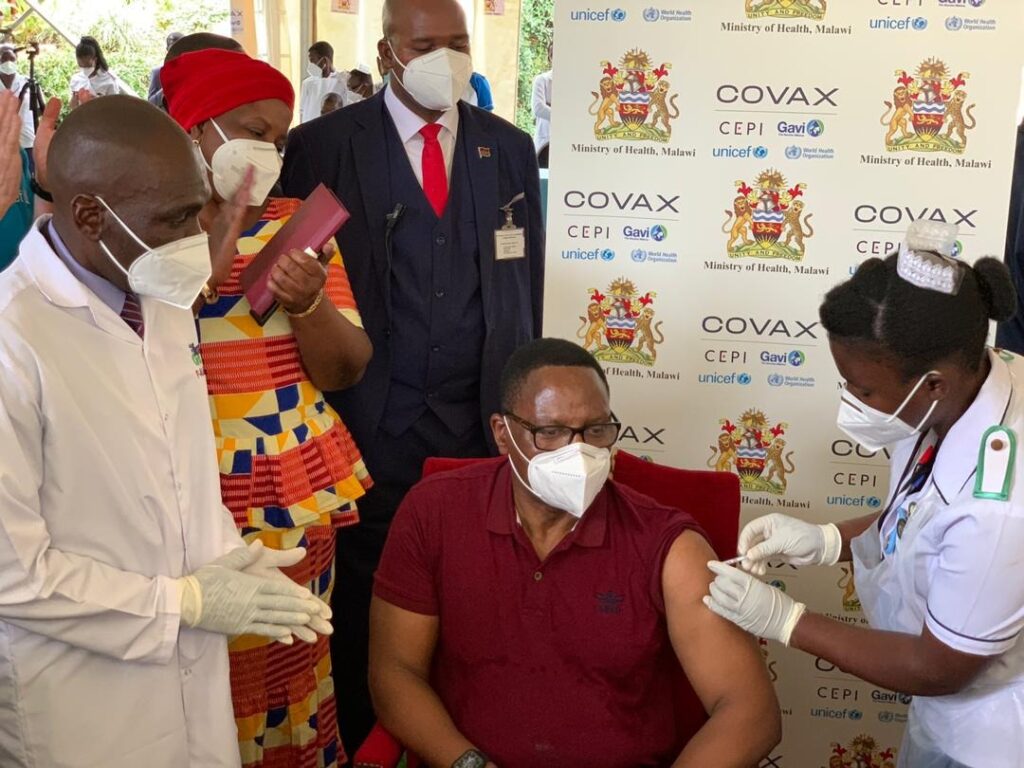 Director of Communications at State House Sean Kampondeni who is Chakwera’s son-in-law told the weekly press briefing that he has seen reports on social media that President Chakwera has lost hair since receiving the vaccine on Thursday last week.

“I checked in with the president this morning, he is fine. He is in robust and good health.

Presidential Press Secretary Brian Banda also addressed concerns about the safety of the vaccine in his response to questions from journalists during the press briefing.

Banda said the vaccine was approved by scientists to be the right vaccine for Malawi and what is on the top agenda of the Chakwera administration is to make sure that people of Malawi are protected.

“Let us look at saving lives and not the politics of vaccines,” said Banda.

He urged people to receive the vaccine, saying President Chakwera would not have received the AstraZeneca vaccine if the reports about the vaccine were true.

“President Chakwera loves this country and he cannot bring here things that are going to destroy this country,” said Banda.

Malawi received 360,000 doses of the AstraZeneca vaccine earlier this month and the vaccination programme was rolled out last week.

There have been concerns over the safety of the vaccine amid reports that some countries have suspended it after people reported having blood clots after getting the jab.

But Malawi authorities have defended the vaccines arguing that it has scientifically proven.