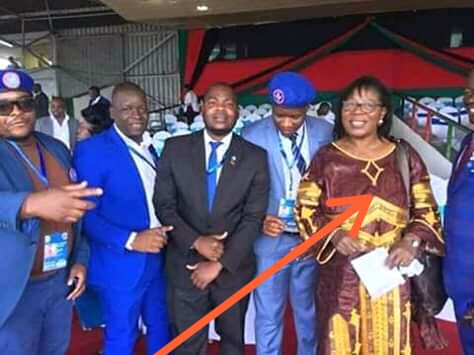 -President Peter Mutharika is a scared man. The High Court case challenging his legitimacy has forced Mutharika to cancel a planned political rally scheduled for Sunday afternoon at Njamba Freedom Park in Blantyre.

Insiders said Mutharika surprised everyone on Saturday evening when he ordered that the rally be cancelled.

“The news that UTM and MCP are contesting the results of the presidential election did not go down well with the President.”

“He called his legal advisers on Saturday afternoon and were locked in a meeting until late afternoon. The President then told everyone to leave because he wanted to be alone.”

“Then later he called his Security aide Norman Paulos Chisale and told him to cancel the rally at Njamba before retiring to his sleeping quarters,” said our impeccable source from Sanjika Palace.

Another source also corroborated the story adding that the President was told that ‘we lost the judiciary’ and it would be hard for government to win the elections case.

“The President being a lawyer himself knew that his legitimacy is at stake and the court may nullify the presidential results because right now we can’t control the judiciary anymore,” said the source.

Insiders said President Mutharika started surprising those around him soon after his inauguration ceremony at Kamuzu Stadium on Friday.

“Mostly he did not want to celebrate and wanted time alone and was not in a good mood. He was restless. But what surprised us all was the way he cancelled the Njamba rally,” said the source.

UTM and MCP are contesting the results of the presidential election in Court citing various irregularities including manipulation of results where ‘tippex’ was used to alter some figures for the results.

Various people including beleaguered Malawi Electoral Commission (MEC) own staff members were arrested for manipulating the results of the presidential elections.