UTM Party primary elections, a shame to democracy for  lack of proper structures 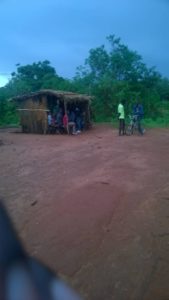 LILONGWE-(MaraviPost)-The newly registered United Transformation Movement (UTM) party tried its political move on holding first ever primary elections for aspirants ahead of this year’s May general elections, but the situation on the ground is so pathetic.

The party under Vice President Saulos Chilima could hold primaries at once in all constituencies across the country when all in all don’t have proper structures for such a political work.

Why the hurry of holding primaries when the house is not in order? Is Chilima and his UTM serious about governing the country?

Drama in UTM primary elections in Blantyre city, as a sitting Member of Parliament for Blantyre South constituency, Allan Ngumuya has tumbled to a new comer in politics,Mabvuto Missi.

A member in of the UTM National Executive Committee, Leonard Chibanja, who is Deputy Director of Publicity, withdrew the race in the same constituency.

In Mzuzu the elections were earlier on delayed because owner of their venue that they booked, MP Frank Mwenefumbo, reportedly changed his mind at eleventh hour.

But our reporter in Mzuzu says the elections have now resumed.

In Likoma, the primaries have also been suspended according to our reporter there.

And our reporter in Dowa, says Dowa UTM’s district governor Mr. Ronnex Kapida has attributed the failure to conduct primary elections today to unavailability of delegates, as aspirants failed to mobilize delegates in their electoral colleges.

In Zomba central Constituency there were no primaries and Mr Noel Masangwi is to be declared official candidate according to his personal assistant.

In Zomba Lisanjala constituency, the UTM primaries will be held tomorrow because one of the candidates has lost a relation.

Poor organisation marred the UTM primaries in Chikwawa, where they postponed the polls in Chikwawa west and Chikwawa East as in other areas voting committee members had to wait for more than seven hours for the arrival of presiding officers.

For instance at Bwabwali CDSS in Chikwawa Central constituency, there was no presence of any security officers to control the crowds.

Meanwhile, there is drama in Machinga Likwenu constituency where up to now they have not conducted the elections as some contesters are complaining that their supporters were not ferried to the venue.

Presiding Officer Ninety Banda,who is also Deputy Director of Youth in the Eastern region, is in meeting with the contesters’ to determine the way forward.