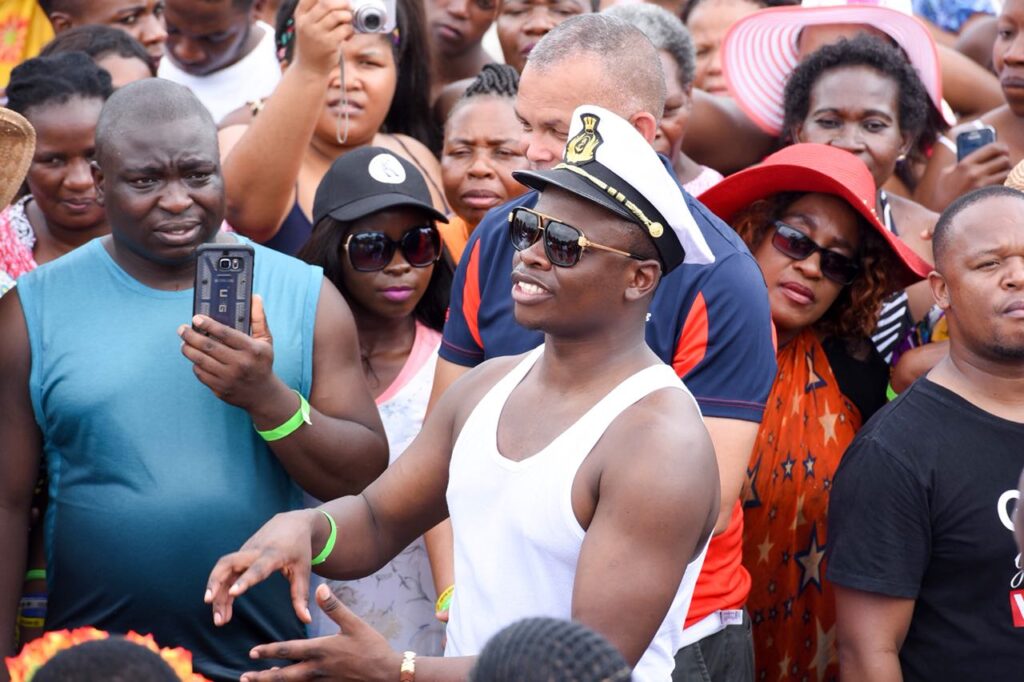 MAHGOCHI-(MaraviPost)-Prophet Shepherd Bushiri’s dubbed as “Major 1” vacation in the beautiful lakeshore district of Mangochi, Malawi, has been disturbed by flocks of villagers who, after a word spread that he is around, trooped in to celebrate him.

According reports at the site indicate that the South Africa based preacher was at a lodge near by, five villages, led by their chiefs, flocked in to see him.

However, reports adds that when they, in their hundreds, arrived at the lodge, his security tried to take him on a boat and run away with him.

The move didn’t work because the locals entered in the water, pulled him from the boat, used their canons and dragged him out by force just to have a cordial word and celebrate him.

The villagers asked Prophet Bushiri to help build them a school and support their football club if possible.

The videos below shows Major 1 being pulled out and then being celebrated with chants “Bushiri hoye!”

As of now, his security advisors have advised Prophet Bushiri to move to another location for his holiday.

But Major 1 has fallen in love with the people of Mangochi and their wonderful hospitality.

On tourism, Major 1 has noted that the lake shore districts of Mangochi, Salima, Nkhotakota, Nkhatabay and Karonga have to be massively invested.

These are the best destinations to attract tourists and boost the economy of Malawi as well as providing employment opportunities.

These are truly best places for vacations for all the people around the world Major said.