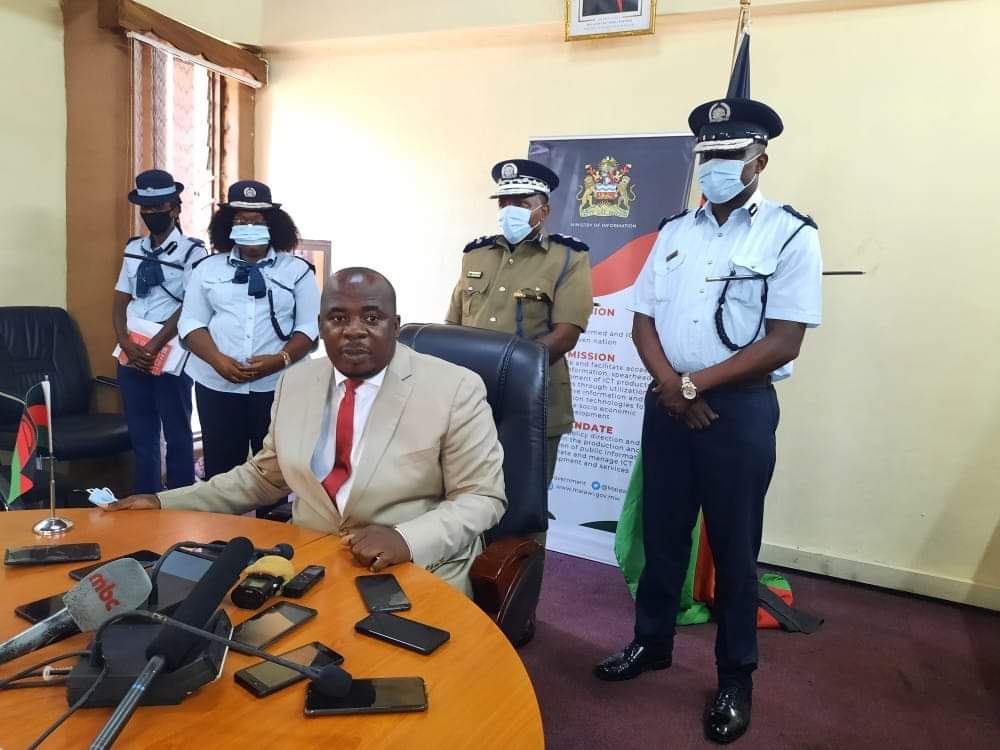 LILONGWE-(MaraviPost)-Minister of Homeland Security Richard Chimwendo Banda on Monday, November 22, 2021 instructed the Malawi Police Service to embark on a search for individuals that have been recording videos carrying guns and panga knives to threaten Malawians.

This follows a number of videos making rounds on social media where some young people allegedly from Nsundwe carried panga knives threatening people and another video of a man from Mangochi carrying a gun where he threatened to cause havoc in the country.

Chimwendo told the local radio that such acts are a threat to national security and government will not just sit down and watch it happen.

He therefore sent warning shots to the individuals doing that the Police will catch them and that they will face the law.

Chimwendo further assured Malawians that the law will take its course on anyone found doing such malpractice without even considering which political party they belong to.

In a video clip circulating on social media, the group of Malawi Congress Party (MCP) diehards comprised of young to middle aged men have made it clear that they will see to it that the planned demonstrations do not succeed.

“We have seen how the planned demonstrations failed to proceed in Blantyre, Winiko should know that us, Msundwe freedom fighters, will make sure that he doesn’t go back after making to this city,” said the group.

The group added that the former ruling party, Democratic Progressive Party (DPP) stayed in power for six years and had been squandering money but the current regime led by President Chakwera has only been in power for a year hence no need to hold demonstrations.

This comes after Kalindo popularly known as Winiko led demonstrations in the southern city of Blantyre where he delivered a petition to Blantyre City Council with grievances ranging from unfulfilled campaign promises such as job creation, hike in water and cooking oil, toll gate fee to corruption.

Friday’s protests turned into violent scenes after a pro-government group joined the demonstrations to stop the parade across the city which triggered police to fire teargas at protesters who eventually burnt tires across the city and torched a police unit situated near Blantyre flea market.