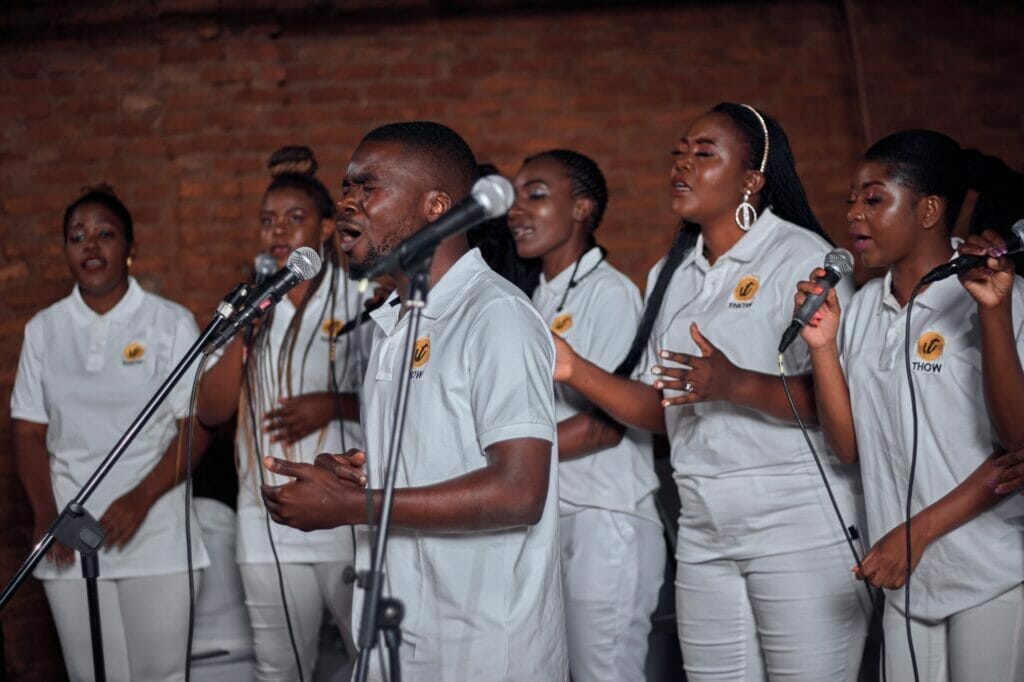 LILONGWE-(MaraviPost)-A Lilongwe-based multi-faith grouping called the heart of worship (THOW) has released a live recording audio and Video EP titled ‘Echo Holy session one as end of year gift to worship lovers in the country.

Recorded and shot by Substance music and Animal Lab respectively, Echo Holy is the collection of six songs that include Mwana Wa Davide, Thank You Lord, Ndinu Okongola, Nijipate and He is my Rock.

Speaking in an interview, Group leader Tamandani Nkhata said Echo Holy is the brand they have introduced and it will be held annually.

“We are calling the Project Echo Holy session one because it is a brand we have introduced and it will be held annually and our next session is in August next year.

“The concept is coming from the book of Revelation chapter 7 verses 11 to 12 and Revelation 4 verse 8 where the bible talks about all angels prostrated themselves and worshipped God saying Holy, Holy is the lord God,” he said

Nkhata adds, “The concept behind Echo Holy is that we are making noise in agreement (Echoing) with both the heavenly hosts and everyone around the world and all his creation that is worshiping the true God”.

Nkhata added that they want to create an environment of worship where people can worship true God freely and deeply in order to fill in the gap where people fail to achieve that in their churches due to several factors including time limitations.

He said the group has come to change the face of Worship music and people should expect the best from them.

“The Heart of Worship, being a multi-faith composed of young men and women from different denominations with a common vision, we see ourselves being one of the well-established and powerful worship machinery not only in Malawi but on international level as well,” he said.

According to Nkhata, people can access the EP In various online platforms like iTunes, Apple ,You Tube, Music, Deezer, Spotify and other local platforms including Mikozi and Malawi Music.com.

However, Nkhata said in their next project they will feature some established worshippers within the country and abroad.

Founded in 2016, the group of thirty three said music was a ministry through which they are able to exalt God.

Maravi Post Reporterhttps://www.maravipost.com/
Op-Ed Columnists, Opinion contributors and one submissions are posted under this Author. In our By-lines we still give Credit to the right Author. However we stand by all reports posted by Maravi Post Reporter.
RELATED ARTICLES
Religion