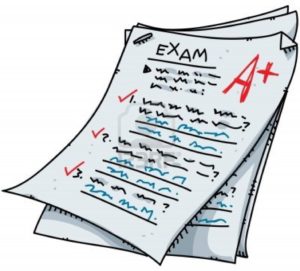 BLANTYRE-(MaraviPost)—Every time government intentionally inflicts severe pain on primary and secondary school teachers, different quarters sympathise with them. However, what Maravi Post has gathered is that teachers are used to torture and living in poor condition is part of their profession, therefore, no need to feel pity.

The MSCE officers are on holiday now but no any communication is being channeled to them, a development which is worrisome to the already poor teachers.

In an interview with this publication, some of the concerned teachers, who spoke on condition of anonymity, wandered why fellow teachers could allow starting the marking exercise while the same Board (MANEB) has failed to pay even a penny to MSCE invigilators and supervisors.

“Across the globe, teachers are given due respect. But it seems the Malawi government is bent towards humiliating us, forcing us to leave a miserable life. However, the issue at hand is very interesting because it has showed that we teachers are stupid and can’t speak with one voice.

“In other departments, employees are given allowances before the start of work but we teachers, stupid as we are, allowed to work on pay forward,” said one of the visibly angry teachers who is teaching in Blantyre.

Another teacher had no kind words for JCE markers and MANEB officials, describing them as a bunch of idiots not wanted in a progressive society.

“Firstly, I have to question qualification of the executive director of MANEB because every year, MSCE meets hurdles. This simply means the director has no planning skills and he better pave way for a dynamic and competent person.

“And don’t be surprised with those who are marking the JCE examination, they started this work way back during the Kamuzu era. They are used to suffering. In simple terms, they are idiots just like the MANEB officials,” said the teacher.

Internal sources indicate that MANEB put the money meant for invigilators and supervisors in a fixed account hence the delay.

According to a circular, in possession of Maravi Post, from Malawi Examination Board (MANEB) the officers were promised to get their allowances midway the examination period or soon after the whole exercise.

“We have not yet received funding to enable us pay allowances, therefore, we expect that at commencement of Malawi school certificate of education examination allowances will not be ready.

“Please inform officers that payment will be done as soon as funding is made available,” reads the circular, signed by Maneb acting executive director Jack Chalimba.

Last year’s exercise, teachers were only paid half of the supposed allowance and had received no official communication on the outstanding balance until they got the remaining amount some months after the exercise.

Efforts to speak with MANEB Public Relations Officer Simeon Maganga proved futile as his phone was out of reach.

Like it? Share it!
Daily Horoscope Forecast for 20th July 2016 < Previous
Chanco student Union President Ayuba released on bail Next >