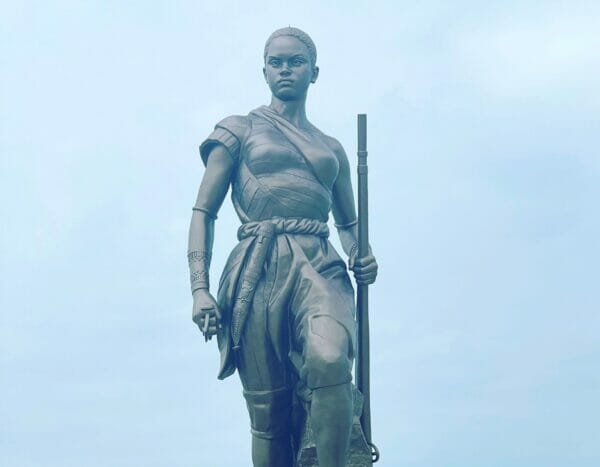 Benin’s President Patrice Talon has unveiled three monuments in the capital Cotonou to remind citizens to celebrate their historical heroes.

The monuments include the garden of Mathieu, the statue of King Bio Guera and that of the Amazon.

Mathieu’s gardens is in honor of former President Mathieu Kérékou. The gardens are part of the project embellish the city of Cotonou, a showcase city of the country.

The giant Amazon statue has long fueled controversy in the country. Called “Esplanade des Amazones”, this square houses a majestic statue of a warrior woman considered for some as Queen Tassi Hangbè and for others, the portrait of a Beninese Amazon.

Benin’s President said “We don’t celebrate enough of what is gratifying in us, and in others, enough to instill pride in ourselves and in our community. What we sing daily to the point of sometimes baptizing them “Beninoiseries”.

“It is time to be aware and proud of what we are Benin: the successful fusion of these ancient great kingdoms and peoples that are the baatonou, berba, wassangari, yoruba, adja, fon, goun, waama, batammariba, yom , peulh, and many others; each as deserving as the other,” added President Patrice Talon.