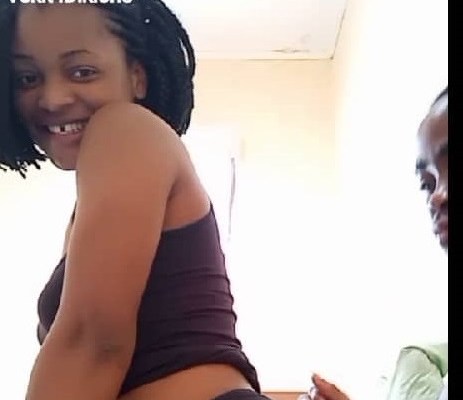 In reaction to the development, the musician’s girlfriend has expressed shock. She posted sad and heartbroken emojis.

According to our sister paper Malawi24, in his defense, the light-skined artist said he produced the video because he is crazy in love. According to Rashley, he is feeling good in love to the extent that he can hardly act normal.

The video clip has attracted a mixed reaction from the audience.

Some people believe it is normal for celebrities to act that way while others are of the view that the video does not tally with Malawian context.

“I don’t see anything wrong with the video. Malawians are fond of demonizing their countrymen when such things happen but if foreign celebrities are involved the very same people clap for them,” said Amon Mudolo.

Virginia Phiri disagrees with Amon, she said, “When releasing such content, it is safe to consider the context. This Malawi and our culture does not condone such behaviours. Imagine the shame this is likely to bring to both parties’ parents?”

Rashley got into the limelight a year ago. He won people’s hearts with a song entitled Ndizangalala.

The musician’s triumphant introduction on the urban music scene earned him a UMP award.