You are here: Home » Opinion » Running mates crucial for the 2019 elections

Running mates crucial for the 2019 elections

Before experiencing the death of a president in office, Malawians only concentrated on the name and character of the presidential candidate to decide who to vote for in an election. The name of a running mate was not that crucial. Not many people thought an entire president could die in Malawi.

When former President Bingu Wa Mutharika, a great achiever in his first term as president, selected Joyce Banda as his running mate for his second bid for the presidency, many people concentrated on Bingu’s impeccable achievements. They voted for the pair.

Unfortunately, Bingu died with two years before the end of his second term and Joyce Banda took over. The succession process was a nightmare for the country. Ruling Democratic Progressive Party (DPP) didn’t want her to take over because being a family party, they wanted Bingu’s brother Peter to succeed him. Officially, they said Joyce Banda could not take over because she had formed her own party while still vice president.

On the other hand, those that agreed that Banda was constitutionally the right person to replace the departed president, faced the reality of having Joyce Banda becoming president regardless of the fact that Bingu chose her as a running mate mainly because of the women’s vote and not any known credentials.

As expected by most people, her performance was below average and she oversaw heavy devaluation of the Kwacha and increase in cost of living. But her famous legacy is the cashgate financial scandal. Billions of taxpayers money were stolen under her watch and participation.

The lesson learned from Joyce Banda’s ascendancy to power is that anything can happen even to a president. It is therefore important to scrutinize not only presidential candidates but their running mates as well to avoid ending up with an incompetent or thieving president.

President Peter Mutharika’s running mate, Everton Chimulilenji, is a big flop. He is totally unqualified to be a vice president. Chimulilenji doesn’t posses any leadership qualities. Crucial among the qualities he doesn’t have is vision for Malawi, mental capacity for problem solving and potential to motivate professionals in different fields of the Malawi economy.

Most DPP members were disappointed with Mutharika’s choice of running mate such that the presentation of nomination papers by the DPP leader, Professor Peter Mutharika, turned into a somber ceremony for the party.

Chimulilenji’s main focus now is assuring Mutharika that he will be nothing but a puppet. He wants Mutharika to know that he has no presidential ambition and that his job is doing everything that Mutharika tells him without questioning.

In his many years as a member of parliament, I have never heard him speaking and articulating issues with brilliance of a man who should be vice president and potential president. At parliamentary level, he has no achievements of national importance that I know.

There is very little Lazarus Chakwera’s running mate, Sidik Mia, can show as his achievements for Malawi as a politician for the 15 years he has been active. Most achievements are personal and relate to his ability to successfully hoodwink leaders and followers of different parties into giving him senior party positions and ministerial posts.

Mia uses his wealth to hide his mediocre style of leadership and burning ambition to become president of Malawi. In Joyce Banda’s PP, Mia boot-licked and spent his way to the vice presidency of the party. He then went on a spending spree to convince Joyce Banda to choose him as his running mate.

In one of the embarrassing episodes of desperation, at a PP rally in Chilomoni, he instructed women to vote for a fellow woman, Joyce Banda. He told the women that if they don’t vote for Joyce Banda, they should consider themselves witches! Joyce Banda who was sitting just close to Mia was seen with a face of disapproval and embarrassment. 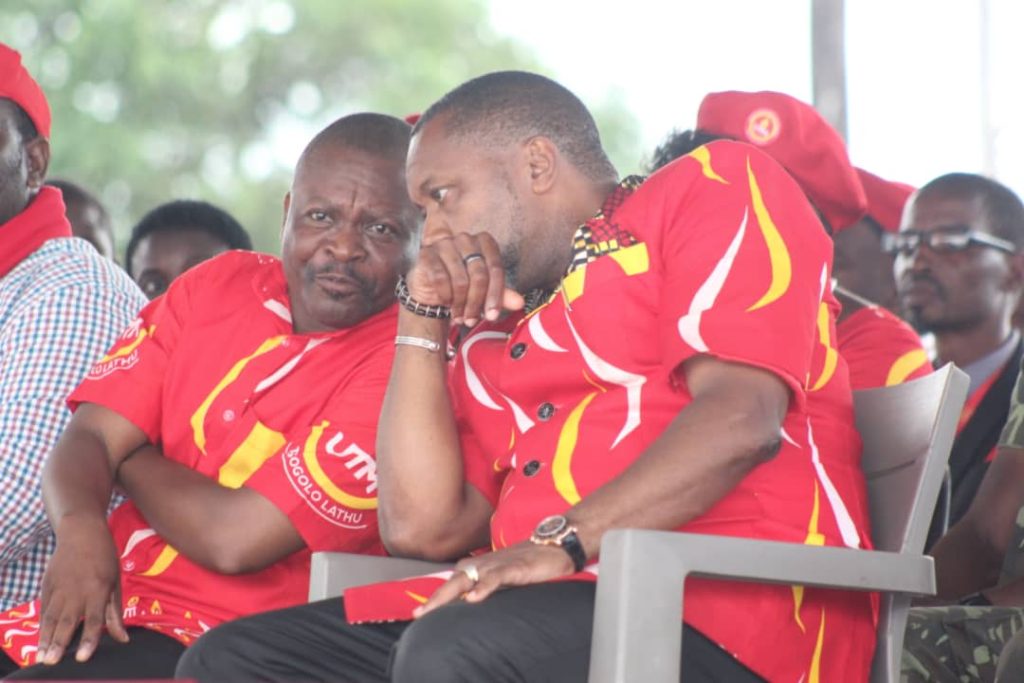 On the other hand, Dr Micheal Usi is a new politician. He joined politics less than a year ago. He has no financial scandals. He is known for speaking his mind and will be of great help to UTM’s presidential candidate Dr Saulos Chilima who needs people who can advise him professionally and not just praise singers.

Dr Usi has one clear advantage over his rivals; development expertise. As former Country Director for ADRA Malawi, Usi has hands-on experience on areas like food security, nutrition, and economic empowerment. His hands-on approach to leadership is what made him to include himself among the actors who have been at the centre of Tikuferanji, a radio and television drama series.

Tikuferanji’s objective is to address Malawi’s current affairs and other issues that affect day to day life of Malawians. Tikuferenji is not just a sewero. It is a communication tool for different issues that affect Malawi’s development. Dr Usi is just the right candidate who feels strongly about various issues affecting Malawi.

In my opinion, the Chilima and Usi pair is the best combination that Malawi has ever had. It is a good mix of development and leadership experience coupled with high education, knowledge of the issues that affect Malawi and track record of achievements in both public and private sector.

Like it? Share it!
“MCP in power struggle….Why having two faces on party T-shirts”-Usi < Previous
China hits back in trade war with US Next >

3 thoughts on “Running mates crucial for the 2019 elections”