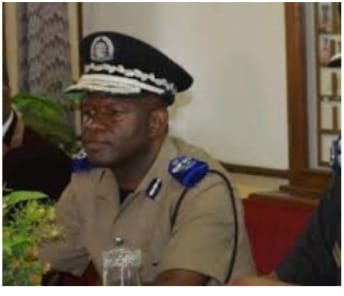 LILONGWE-(MaraviPost)-Newly appointed and yet to be confirmed Inspector General of Police Duncan Mwapasa has ordered ‘shoot to kill’ to all people who are going to be doing demonstrations.

Mwapasa met all the Officer in Charge (OC) on Saturday at the Officers Mess in Lilongwe where he issued the order.

“He gave the order in a straight forward manner. He told us if there are any people doing demonstrations please ‘shoot to kill’,” said one of the OCs who attended the meeting.

“One of our colleagues called Mpumulo chipped in to agree with Mwapasa saying ‘(Timothy) Mtambo tamusekelera kwambiri ofunika ku nokola basi’ (we have tolarated Mtambo for so long we just need to shoot and kill him),” said another OC who attended the meeting .

We have verified the story with several other officers who attended the meeting who have all confirmed that ‘yes indeed there is an order of shoot to kill’.

President Peter Mutharika a few days ago appointed Mwapasa as Acting Inspector General of Police following the retirement of Rodney Jose who has since gone on holiday in preparation for his retirement in October this year.

However, Parliament is supposed to confirm Mwapasa as Inspector General with two thirds majority of the whole house.

In the past, Parliament has ever rejected a presidential appointment for the post.

The late Mary Nangwale was rejected by Parliament after being appointed by the then President Bingu Mutharika (deceased).

Some civil Society organizations are already lobbying with Parliament to reject Mwapasa because of his high political affiliations with the ruling DPP.

The revelations about the ‘shoot to kill’ order may just convince some Members of Parliament to reject Mwapasa’s appointment.