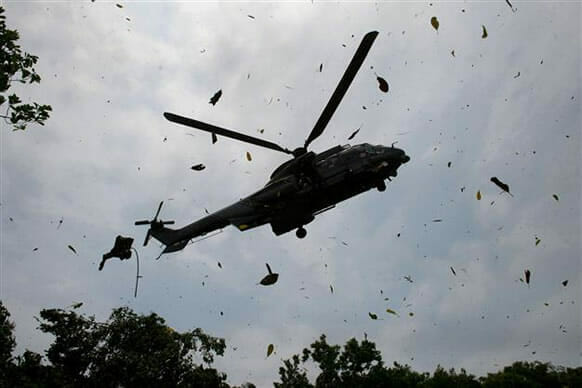 A Nigerien military helicopter on Monday crashed while landing at an airport in the capital Niamey.

Local officials said the incident resulted in the death of three people who were on board the helicopter.

Among those killed was an expatriate instructor, the defence ministry said in a statement.

The helicopter was returning from a routine training flight when it crashed on a military runway, the statement said.

The wreckage burst into flames, blocking rescuers from reaching the crew.

A commission of inquiry has been set up to determine the cause of the accident.