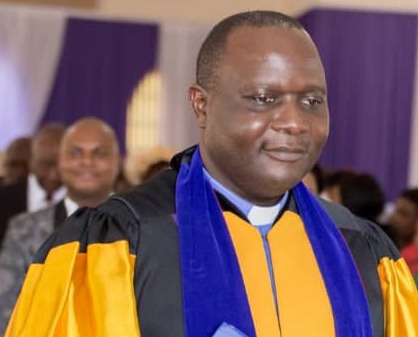 Some clerics of the Blantyre CCAP synod  and unidentified people met on Thursday night at Chigodi Women’s Centre in Blantyre to strategize on methodology to block Reverend Dr Billy Gama from contesting at the forthcoming biannual conference on Monday.

The nocturnal meeting confirms the panic, fear and jealousy some clerics have over Rev Gama because of his numerous gifts.

It is revealed that known clerics that attended the night meeting included Reverends Moyenda Kanjerwa who is also  Deputy General Secretary,  Baxton Maulidi who is also one of the candidates for the position of General Secretary which Rev Gama is also vying for and  Reverends  Gracious Meki and  Duncain Kananji.

The other people who attended the meeting we’re not clerics and could not easily be identified.

Rev. Gama scored highest nominations for the position of GS and his runner up managed to get only three nominations.

Most clerics in the synod favour him because of his leadership style which promotes inter religious  co-existence and development.

Rev Gama is a learned scholar who has also played a great role to establish a university for the synod.

Maravi Post Author
Today's Opinion · Op-Ed Columnists · Editorials · Op-Ed Contributors to the Maravi Post· The Maravi Post accepts opinion essays on any topic. Published pieces typically run from 400 to 1,200 words, but drafts of any length within the bounds of reason will be considered.
RELATED ARTICLES
Malawi