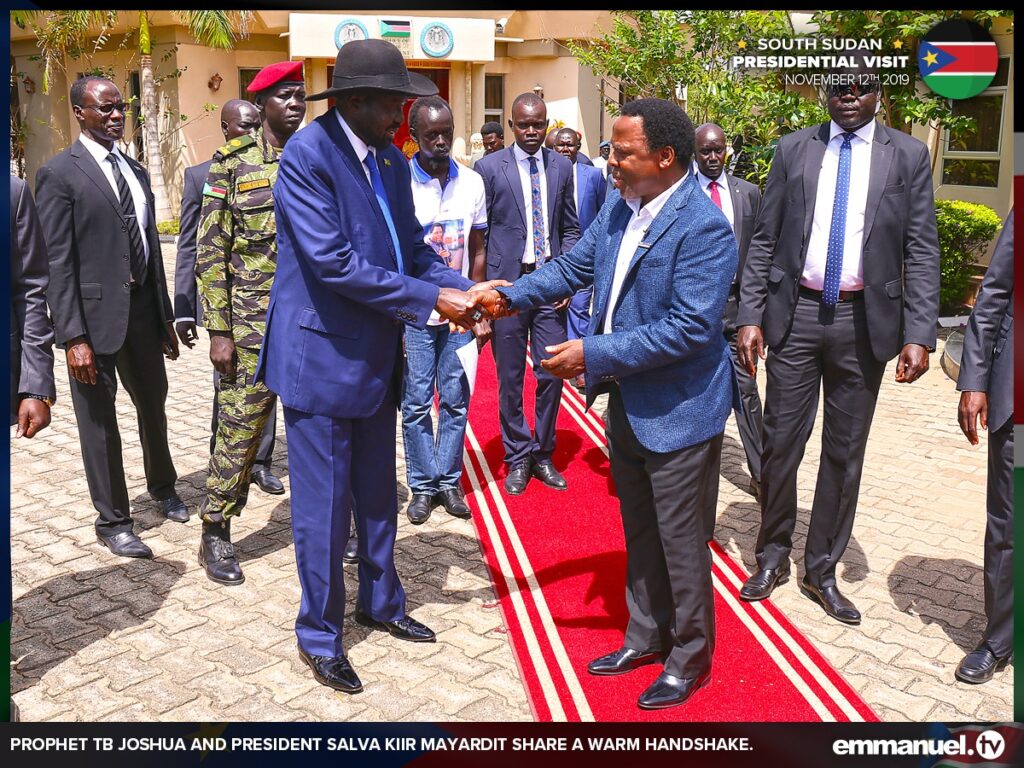 The video of Nigerian Pastor TB Joshua’s ‘prophetic message’ to South Sudan has been released on YouTube.

The clip, which focused on Joshua’s address to the nation and prayer for peace, was accompanied by an outpouring of appreciation and anticipation, evidenced in the comments of viewers from both South Sudan and abroad.

“God has spoken. A seed has been planted; it will surely germinate. Let us watch and see how God’s mercy turns things around,” wrote Maureen Nganga.

“This is a true messenger of peace,” opined Michael Adetola. “God is meticulous in choosing His messengers; no wonder He chose Prophet TB Joshua for this assignment – a man hated and resented for no cause yet who practices love and forgiveness with everyone.”

“South Sudan is blessed to have a President who loves God,” commented Anna Quirino, adding that her country was expectant of the ‘new beginning’ that would accompany the ‘historic visit’.

Several ‘positive’ announcements for the nation have followed in the wake of Joshua’s visit, the most recent being a statement from the US Embassy in Juba revealing a $92.5m donation to the nation.

The US government said the assistance would enable the UN World Food Programme to continue providing emergency food to vulnerable people in South Sudan, including in flood-affected areas.

Ihechukwu Njoku is a freelance Nigerian journalist who regularly writes on religious stories.

Ihechukwu Njoku
Ihechukwu Njoku is a freelance journalist based in Lagos, Nigeria who specialises in penning stories related to religion.
RELATED ARTICLES
Lifestyle