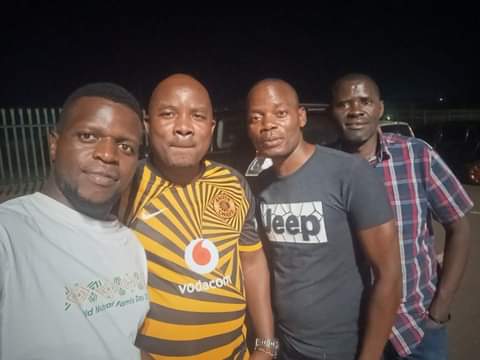 If there is a group of individuals that has done so much harm to the presidency are the media teams in the Tonse Admin.

I understand most of them were incorporated on the basis of party loyalty and not necessarily expertise. To most of them, owning a few Zigobas and knowing a few words of appraisal earned them a seat in the media teams.

As a result, these groupings have scored poorly, created more enemies and to some extent, misled and embarrassed the presidency.

While you would expect the media teams to argue knowledgeably when issues arrive, they have always resorted to insults, maphunzo and all the shameful nouns we can use to attribute their behaviour to.

To understand this, you will realize that most of the people in the media teams are blocked by opinion influencers. This is due to the fact that most opinion influencers or people who share independent opinion do not subscribe to uncivilized arguments and insults. I have personally blocked a good number of them.

They have a familiar approach to things, they call it “kumasula agalu” and what it means is that they will go into zigobas and attack any person deemed critical of their dealings or masters. This is a shame. It has happened to me before, it might happen again after this post. We leave it to fate.

What I have seen is that the media teams are driving people’s agendas, not necessarily the Tonse Philosophy agenda. It’s like the highest bidder gets to enjoy their services, which are laughable, by the way. Examples are many. It’s like the only time they come together to strategize is when they want to attack personalities.

Going forward, like I suggested before, school is important. It’s good to learn new tricks of the trade you find yourself into. I am suggesting, again, get some basic knowledge of media and communication. You do not have money? Fine, you do get data from your masters, do something useful with it on top of the useless things intended for, use that to go on Alison, create an account and register for a short course. They have a wide range of FREE courses that you can even earn a certificate or diploma at the end of your course. They offer courses in Journalism, PR. Marketing, Digital and a lot more.

I have done quite a few from them myself and I have found the knowledge from this learning platform to be effective. I’m actually learning Interior Design right now to design my projects that I have embarked on. I don’t have to do anything, but I am able to direct the main architects of what I want and how I want it.

Give us a media team that will argue intellectually with people like Onjezani Kenani. Lyson Sibande, Idris, Chisa Mbele. Danwood Chirwa etc. It will be great to see you engage professionally with respect for other people. After all, not everyone who criticises the government means Chakwera and Chilima any harm. Some people do it for love and for Malawi.

While I recommend the state house communications team for the job well done as far as communicating is concerned, the guys have scored poorly on PR.

Their failure to apply PR in most of the activities they do is there for everyone to see. Matter of fact, they have always been obsessed with very well written and poetic speeches to the point that they fail to scrutinize its content.

For instance, it was through a state house well written speech that we got to hear a very laughable breakdown of Covid-19 funds. Communicators can make such mistakes, not PR people.

It was through the state house well written speeches that we were told of cabinet reshuffles, assessments etc. Communicators can make such mistakes, not PR people.

You see, without paying much attention to their content, they have always put the president at a corner and made him look misguided, lost and a man who can’t meet his on set deadlines. Communicators can afford to orchestrate such mistakes, not PR people.

A PR mind questions figures, ultimatums, datelines and fantasy promises and finds a way to put them into communications. You can tell people the same things, but differently without having to shoot yourself in the foot when things go south.

Appointing a cabinet has no dateline and it is the president prerogative, but due to excitement of those who draft the president’s communications, it has been put forward to the public that the president has to be answerable on when, how and why he makes up his cabinet. Communicators can put a president in such a situation, not PR people.

Again, despite all the wrongs that have painted a bad picture of the Tonse Alliance, there are still many positives the president can ride on that simply need very good PR, not speeches.

The accountability the president is conducting government business, the developments being achieved in ministries and the government departments, etc are all stories that need to be shown to the public.

Look, even the successful farming season harvest that is currently going on in Malawi are stories that the PR machineries can ride on and give hope to the people. Biblically and even traditionally, we associate good farm harvest with good leadership. Show us that Malawi is under such good leadership.

A Communicator will tell you.

A PR will show you.

We have been told enough, but showed nothing despite having so much to show.

The way Malawi is harvesting right now if it was during Democratic Progress Party (DPP)’s time we would have seen fireworks of PR and what not.

I understand the Tonse Admin may ride on the fact that “let real recognize real,” but unfortunately, real is a minority of the minority in Malawi. Same way others are utilizing mistakes to show the bad side of the Admin, utilize the good things to show the good side and restore hope. There are people in the villages who are happy with the harvest they have done and connect well with “Kudya Katatu”.

Well, I think I have written enough. I am not so active about these things these days. Ndili kwathu building my farm nane ndizidya katatu. I will stop here.

Disclaimer: The views expressed in the article are those of the author not necessarily of The Maravi Post or Editor

Maravi Post Author
Today's Opinion · Op-Ed Columnists · Editorials · Op-Ed Contributors to the Maravi Post· The Maravi Post accepts opinion essays on any topic. Published pieces typically run from 400 to 1,200 words, but drafts of any length within the bounds of reason will be considered.
RELATED ARTICLES
Lifestyle