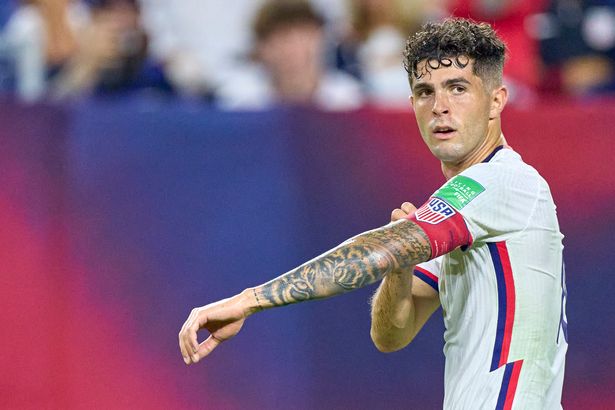 
It has been confirmed by Thomas Tuchel that American soccer player Christian Pulisic will be missing Chelsea’s next three matches after succumbing to an ankle injury.

The American winger succumbed to the injury in United States’ 4-1 victory against Honduras in World Cup qualifying.

The 22-year-old winger already missed out on Chelsea’s last two Premier League games after contracting Covid-19, now, the player will be remaining on the sidelines for a longer period of time, while N’GoloKante has also been sidelined for their game on Saturday.

Speaking at a press conference ahead of his team’s league match against Aston Villa, Chelsea boss Tuchel said via best Australia online casinos: “Unfortunately we have two players out, N’GoloKante and Christian Pulisic, they both came back injured.

“N’Golo got injured against Liverpool and still suffers a little bit. We’ll try with N’Golo for Tuesday, so this looks pretty good.

“For Christian unfortunately he came yesterday on crutches, and we have an ankle injury with about 10 days.”

Pulisic will be sidelined for games against Aston Villa, as well as Champions League opening group stage game against Russian side FC Zenit St Petersburg.

The American winger is also poised to miss out on the Blues’ London derby clash against Tottenham Hotspur but could return to the team in time for their Carabao Cup game against Villa on September 22.

Former Paris Saint-Germain defender Thiago Silva might also be missing in Chelsea’s squad for Saturday’s game after FIFA ruled out eight Premier League players ineligible to play for this weekend.


This order came right after the Brazilian football association asked the organisation for punishment to the Premier League clubs who refused to release their players for the World Cup qualifying matches.

Tuchel, on the other hand, believed there may be a chance for the centre-back to play for his team on Saturday.

“Right now Thiago is not officially out. The chairman is still in negotiations and I’m waiting for the final decision,” he said.

“If we had sent him, he would’ve been out for 10 days in a hotel room, not able to train. I understand because these are the travel restrictions, there’s nothing to go around it.

“I don’t know how any fan in this game can see a positive effect. There is none.”

Like it? Share it!
Guineans divided over fate of deposed president Alpha Conde < Previous
Cristiano Ronaldo Set To Make Manchester United Debut on Saturday Next >
Recommended stories you may like: