You are here: Home » Opinion » Ekweremadu and Nobody By Bunmi Makinwa

Ekweremadu and Nobody By Bunmi Makinwa

Two photos were to be identified on the screen of the phone. There were four Nigerians at the location in Maryland, USA. Without hesitation, three of the Nigerians identified the photo of the gentleman in suit and red tie – Ike Ekweremadu. A question followed – Is that the boy in question?

The name of the boy in question is Ukpo Nwamini David. 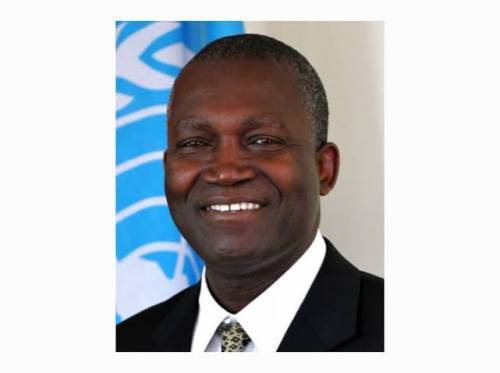 The media space has been dominated recently by news of former Deputy Senate President, Ekweremadu, his wife Beatrice Nwanneka Ekweremadu versus Ukpo David, an unknown and Nobody. In the scene somewhere is also Sonia Ekweremadu, a daughter of the Ekweremaduswhose need for kidney to save her life led to the big news.

Ike Ekweremadu, 60, in his social media spaces describes himself as politician, lawyer, philanthropist, among others. Having been in the senate for almost 20 years, he occupies one of the highest heights of political power and influence. And being wealthy comes with it.

The factual barebones of the available information are that the United Kingdom (UK) government arrested the Ekweremadu couple allegedly for luring Ukpo David to the country to harvest his kidney under false pretext. The Ekweremadus have denied the allegation.

The arrest of the prominent Nigerians and allegation has generated controversy – support for Ekweremadu and claims that the process of bringing Ukpo David to the UK for the kidney transplant operation was done appropriately against those who say that Ukpo David was naïve, poor and tricked and misled to a life-threatening surgery.

There are many issues that arise and this article will look into some of them, especially to draw lessons for the political leadership of Nigeria. The UK courts will decide the case.

Quite as expected, the media, including social media, has been dominated by positive stories in support of Ekweremadus. The narratives use facts drawn from just about anywhere to show that nothing untoward was done, especially by the parents who wanted only to preserve the life of their daughter, Sonia.

The stories are highly biased and reflect one-sided use of the media in favour of the strong, powerful and wealthy. It may create public sympathy for the Ekweremadus in Nigeria. But it will have little or no influence on the legal issues and the court case in UK.

The list of politicians who have expressed support for the Ekweremadus keeps growing. You may count Senator Smart Adeyemi, Labour Party presidential candidate Peter Obi, Femi Fani-Kayode, Joe Igbokwe… Such support is predictable. By attempting to drown out David Ukpo, a voiceless Nobody, the Ekweremadus’ group lends stronger credence to the song, “Poor Man No get Brother”. But it does not add new facts or legal strength to the real issues.

The best lawyers available in Nigeria and the UK will represent the Ekweremadus. If the couple is found guilty, the jail time will be long. Of course, no amount of funds or effort will be spared to save the Ekweremadus from possible imprisonment.

However, Ukpo David, who won’t have money or wealthy friends, will be represented by UK’s prosecuting attorneys whose main aim is to carry out their jobs properly. Where there are systems, and processes are clear and well established, the ability to influence outcomes is very little. Nigeria’s political leadership does not understand such a situation and will throw out more and more money only to find out at the end that there is no hiding place. It has happened in the past to Nigerian politicians or rich people who faced justice in UK.

There are a number of pro-Ekweremadu arguments that should be examined. One of them is that Ukpo David is not under-age as claimed and that he voluntarily accepted to donate his kidney to Sonia through the planned surgery. He has used the Ekweremadu family to get into UK and wants to stay there hence the change of mind, somepeople argue.

The stated consent is explained from the side of the Ekweremadus. We are yet to see such clear evidence of consent whether written, video or audio. The voiceless Nobody is yet to speak directly on the issues.

The crushing poverty, deprivation and hopelessness of the youth population in Nigeria is palpable. I do not see howany young person in a similar situation to Ukpo David  would not take advantage of being in Europe to attempt to have temporary, and ultimately permanent resident statusin any European country. The political leadership that has misruled Nigeria and whose children do not get educated in Nigeria nor want to stay there, cannot force the young generation to stay either.

If Ukpo David has indeed defrauded the Ekweremadus as alleged by spokespersons and friends of theirs, then UkpoDavid has learned from the best how to exploit others. Those who defraud Nigeria every hour are the political leaders of Nigeria. The younger generation may end up taking back their resources from their leaders through any means possible – good, bad and ugly.

While the noise and arguments and legal wrangle go on, Sonia Ekweremadu, whose kidney is failing, has been pushed to the background. Nigeria’s political leadership continues to go abroad for medical care. The ordinary citizens and workers are condemned to poor services, un-serviceable machines and under-paid medical staff in public health facilities.

Private medical care is very expensive due to a host of reasons including lack of electric power, high costs of purchasing equipment, expensive security protection and continuous exodus of trained medical personnel out of the country.

The price of failed leadership affects us all, sooner or later, and our privileges cannot save us.

Bunmi Makinwa is the CEO of AUNIQUEI Communication for Leadership. Previously, he was Africa Regional Director of United Nations Population Fund (UNFPA)

Like it? Share it!
Quake-hit Afghan village struggles back to life < Previous
South African president Ramaphosa lands in Munich ahead of G7 summit Next >
Latest News From Malawi
Headlines From: The Maravi Post