You are here: Home » Opinion » Everything Is Wrong With A Northerner Succeeding The Butcher Of Aso Rock, By Bayo Oluwasanmi

Everything Is Wrong With A Northerner Succeeding The Butcher Of Aso Rock, By Bayo Oluwasanmi

I have said one million times that I don’t believe in one Nigeria because Nigeria has never been one country. It is not one. It will never be one. I have written extensively with convincing reasons why Yoruba must leave Nigeria. 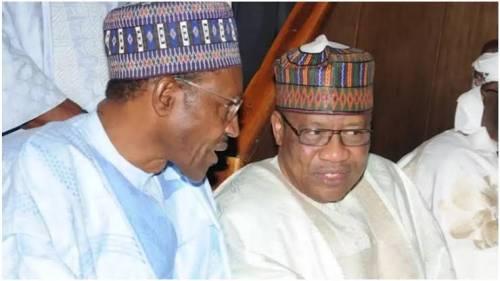 I don’t care who succeeds General Muhammadu Buhari The Butcher of Aso Rock in 2023. A cow might as well succeed him. After all, a cow is a better manager in the ranch than the way Buhari is running Nigeria. However, I disagree with Pastor Tunde Bakare Senior Pastor of the Citadel Global Community Church in Lagos when he said “Let the best of the best emerge… It doesn’t matter which part of the country the person comes from.” …”If it is a Northerner, a Hausa or Fulani, so be it. And I am saying that passionately.”

Bakare is a loose cannon who speaks from both sides of his mouth. He says different and contradictory things at different times. For example, he once said “In the name of Jesus, he (Buhari) is number 15. I am number 16. To this end, I was born and for this purpose came I into the world. I have prepared you for this for more than 30 years.” At another time he said “God has shown me in a vision that GMB still had a role to play in stabilizing Nigeria.”

Ahead of the 1999 elections of the then PDP candidate former president Olusegun Obasanjo, Bakare prophesied that “Obasanjo is not your messiah, he is king Agag and the prophetic axe will come upon his head.” Because of Bakare’s false prophecy, many believed Obasanjo would never become the president. Bakare has neither credibility nor integrity. He is a spiritually damaged good. Unreliable and unpredictable. He is not believable and trustworthy. He is an hypocrite.

It is evident that “the best of the best” cannot emerge from the north. Everything is wrong with a northerner succeeding Buhari because the northerners that have ruled us so far lack the following leadership qualities:

(1) They are not good communicators. A president must be able to communicate his vision clearly and explain how he’ll accomplish the vision. (2) They lack honesty and integrity. These two elements make for a strong president. How can a president demands honesty and integrity from his subordinates and Nigerians when he lacks such qualities? (3) They are not good decision makers. A president should be capable of making the right decision at the right time. They lack judgment call to make wise decisions.

(4) They can not inspire others. The toughest thing for a president is to convince people to follow him. This is only possible by providing a clear example. Leadership is by example. (5) They cannot delegate tasks effectively. A president must focus on core duties for effective leadership and delegate the rest to others. (6) They don’t have vision and purpose. A president must be able to imagine the future where he takes the country. He must be able to reveal the course of action to accomplish his vision and purpose. (7) They are nepotistic. They have a hidden agenda of Fulanizing and Islamizing Nigeria. They are not “the best of the best” to move Nigeria forward.