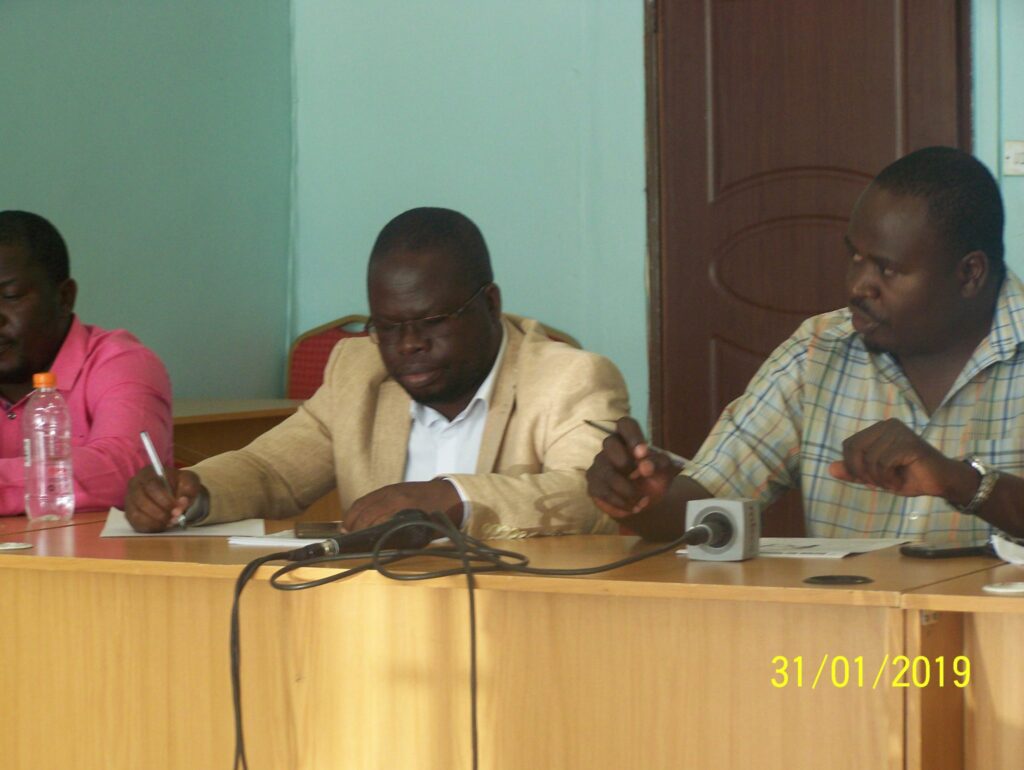 LILONGWE-(MaraviPost)-The verbal among some Civil Society Organisation (CSOs) rages on following Forum for National Development (FDN)’s letter to Malawi Electoral Support Network (MESN) that its board member Timothy Mtambo be resigned from the position.

FDN observes that “Mr. Timothy Mtambo from the board of Malawi Electoral Support Network (MESN) having noted his contrary actions against the just ended polls where he endorsed the MESN report yet has been mobilizing the public against the same polls alleging they were not credible as per its results management process”.

But Mtambo told the news conference on Monday that such calls are baseless arguing that the courses his Human Rights Defenders Coalition (HRDC) agenda is for Malawians not a particular political party.

Below is part of HRDC Letter to MESN signed by Bright Kampaundi  and Fryson Chodzi Board Chairperson and
National Coordinator respectively;

A CALL TO ACT AND REGAIN PUBLIC TRUST ON ELECTORAL MATTER

We address you on a serious matter of national concern regarding the just ended 21st May 2019 tripartite elections.

You may wish to note that as Forum for National Development (FND), we took it upon ourselves to demand the resignation of Mr. Timothy Mtambo from the board of Malawi Electoral Support Network (MESN) having noted his contrary actions against the just ended polls where he endorsed the MESN report yet has been mobilizing the public against the same polls alleging they were not credible as per its results management process.

Having written him, we have monitored a written response he gave to the Human Rights Defenders Coalition (HRDC) members and also a response given to Zodiak Television Cruise 5 programme where he has made a serious allegations that he did not sign the report but rather claiming that his signature being electronic was just used.

As a governance body we find this conduct and action very dangerous, confusing and lacking sincerity.

Upon reading the MESN report and the signatures of the people and institutions that endorsed it, gave us hope and confidence in believing that Malawi Electoral Commission (MEC) conducted itself in accordance with the law.

The assertions and actions from Mr. Mtambo as a Board member is rendering the whole report, the institution, and the board of MESN to be untrustworthy, devious and devoid of justice.

It is paramount to note that the actions also questions the character of the institution MESN as well as the entire Board Members especially that these credible individuals in civil society would allow their signature being used in something that they don’t agree with.

It is for this reason that we write your high office and entire Board Members of MESN to address Malawi as a nation on the truth of the matter so as to help the country make an informed opinion on the same.

You might wish to note that Parallel Voter Tabulation (PVT) is supposed to offer an independent credibility to the electoral process. As such this report is a crucial part of evidence that would be used in the on-going electoral case as such it’s important that this matter is addressed

We therefore ask the MESN board to come clearly and justify why we should trust the report. Further may the board address the issues raised by Mr. Mtambo as a board member especially with the serious allegations that his signature might have been used without his knowledge.