You are here: Home » Malawi » Health » Netherlands’s conjoined twin sister defeats doctor prediction that will die at 10…are now 18 year

AMSTERDAM-(MaraviPost)-Twins conjoined at the head who will never be separated are surviving years beyond what doctors predicted.

Neev and Nelly Kolestein, from Amsterdam, have been attached by the backs of their heads for their 18 years of life, but have their own brains and bodies.

Their mother, who does not want to be identified, was told during labour that her babies would be joined at the head.

Medics were convinced the girls would die shortly after birth, and if they survived, it was expected their life would be a struggle before dying around the age of 10.

They are unable to be separated because they share a main artery in the head which keeps them alive, the family said.

According to Dailymail.co.uk, the twins are thriving and admit they would never want to be separated anyway – despite cruel torments throughout their lives.

They’ve never known any different than what they are used to – such as using a mirror to see each other and watch TV at the same time.

As Craniopagus twins, the girls are a medical phenomenon, representing just two to six percent of conjoined twins worldwide.

Neev (right) and Nelly Kolestein (left), from Amsterdam, have been attached by the backs of their heads for their 18 years of life but have their own brains and bodies

Despite only ever seeing each other through a reflection in a mirror (pictured), Neev and Nelly have formed an unbreakable bond and don’t know any different

The twins have started their own YouTube channel and Instagram page to raise awareness of their condition and show people how they are much more than just ‘the girls with a disability’.

Despite only ever seeing each other through a reflection in a mirror, Neev and Nelly have formed an unbreakable bond.

Nelly said: ‘When we were newborns, everyone thought we were going to die.

Neev added: ‘Our bodies are separate, but we’re conjoined by the head.

‘Everyone thinks we can reach other’s minds. But we can’t.

‘We have our own thoughts. It means we can both do our own thing, with you know, walking and talking.’

Due to the lack of medical resources where they were born in Suriname, South America, the girls had to move to the Netherlands for more urgent and specialised care.

But despite their parents’ wishes, they could not be separated.

The blood supply to their brains is so entangled that attempting to separate them would be deadly.

The twins’ sister, Rosianne Kolestein, 24, who works as a care provider and entrepreneur said: ‘We moved my sisters to the Netherlands as there was a slight chance to separate them at first.

‘That’s what our parents wanted, they wanted a better life for them, obviously.

‘It wasn’t a great time when living in Suriname. People started distancing themselves from our family, they thought it could have been some kind of voodoo.

‘But the doctors did more examining and realised it wasn’t possible for separation. Their brains are conjoined and they share important blood vessels and veins.

‘They have an artery that keeps them alive. If you wanted to separate them, you’d have to cut that. If you do that, you might as well bury them.’

Craniopagus twins can be separated in a series of complicated operations, and there have been a number of cases reported in the media.

However, the risks of separation are so high, and unfortunately it could cause death during or shortly after surgery, as well as brain damage.

Lori and George Schappell, born in 1961, are believed to be the longest-surviving craniopagus twins. They are still joined at the age of 57. 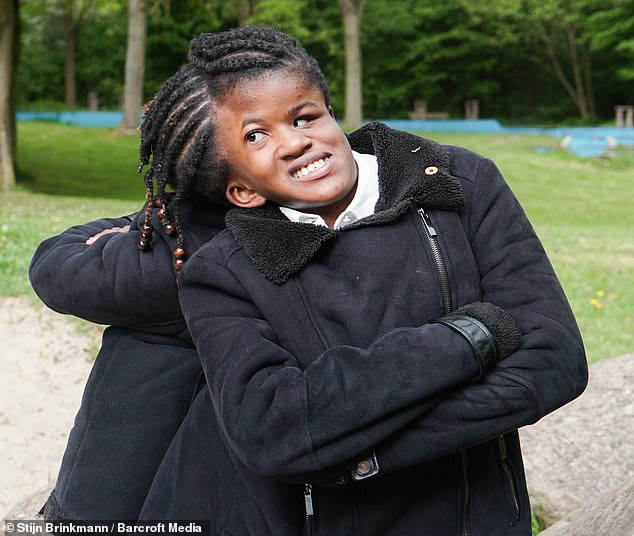 Medics were convinced the girls would die shortly after birth, and if they survived, it was expected their life would be a struggle before dying around the age of ten – but they are thriving at the age of 18. Pictured at a local park 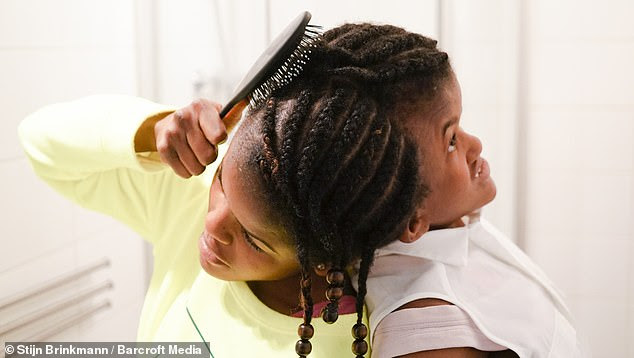 The girls were born in Suriname, South America, but were moved to the Netherlands for better support. However, their parents were soon told there wasn’t much that could be done 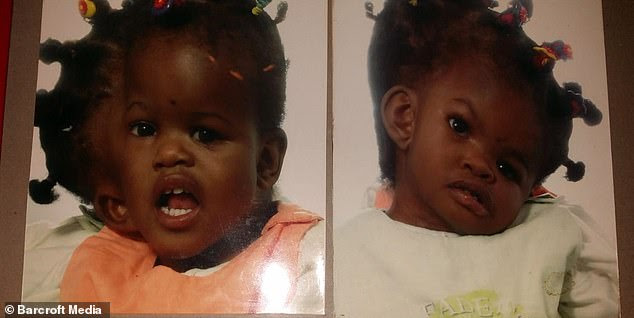 The girls, pictured as children, were born in South America.

They moved to the Netherlands for better support.

However, their parents were soon told there wasn’t much that could be done 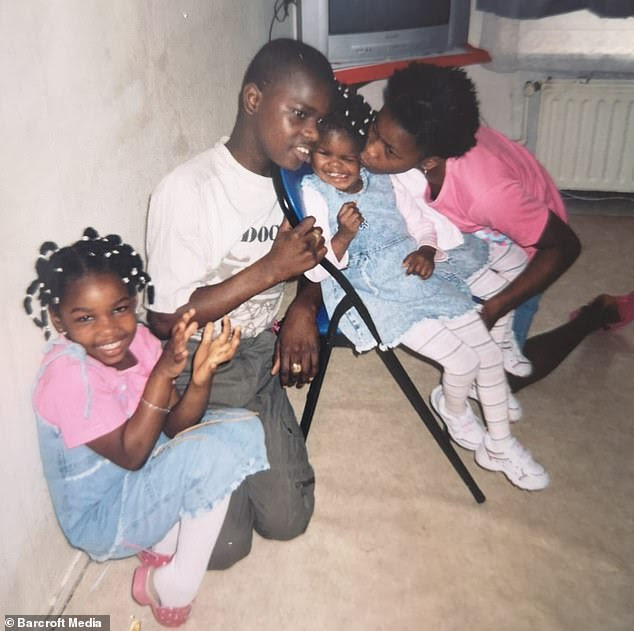 The twins, pictured with their sister Marione (right) and brother Timothy, led a sheltered life because they received a negative reaction from the publicRosianne said: ‘They weren’t expected to make it till 10 – now they’re 18 and you have to just think “wow”.’

When growing up, the girls had to lead a sheltered life due to the public’s reaction and having to be careful with their coordination when in uncontrolled environments.

Nelly said: ‘We had to be very careful growing up. It was annoying. You want to get out and do your own thing.

‘And with our condition, you don’t have time to live for tomorrow.’

Rosianne continued: ‘We didn’t really want to take them outside, because people can be really mean.

‘In one instance, we were walking outside and people were asking us questions like “Why didn’t your parents terminate the pregnancy?”

‘It was really bad. My mother would have people saying “you’re just keeping them alive for the money”. It’s really disrespectful.’

But since the girls turned 16, the family, including other siblings Timothy and Marione, have tried to push them to become more confident.

Rosianne said: ‘How I see them, they’re just my little sisters and that’s how it’s always been. 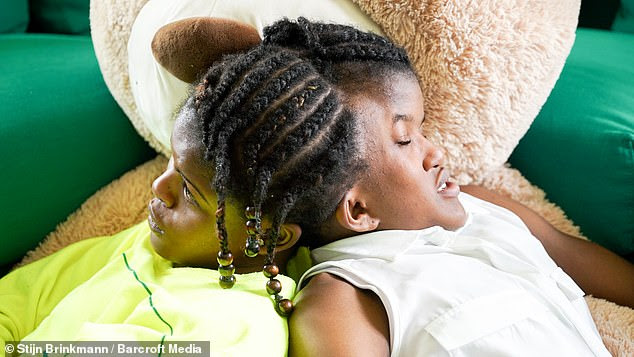 The twins have not been given a life expectancy. Nelly (left) said: ‘With our condition, you don’t have time to live for tomorrow”They have their own personalities for sure. They’re very stubborn and you can tell they really want to make their own mark on the world.’

They have started vlogging online to connect with more people around the world and spread awareness about their condition.

Nelly said: ‘We have our own YouTube channel so people can get to know us.

‘People can hopefully stop staring and find out we are sweet girls. Not just “the girls with a disability”.

‘It’s fun and you can get to meet new people on there. It’s nice to know that people don’t just respond negatively.’

With their future and life expectancy still uncertain, the conjoined sisters are continuing to study at school, taking one day of their life at a time.

‘I’m really proud of them. Really proud,’ Rosianne said. ‘They’ve accomplished so much and have grown as people. I think the future can be positive.

‘At the moment, they’re still in a phase where they have to discover who they are. We’ll all let them do that at their own pace.’

Nelly said: ‘This is what we’re used to now. We wouldn’t want to get separated. Even if it was possible, we wouldn’t do it.

‘As long as we’re healthy, that’s the most important thing.’