You are here: Home » Lifestyle » Marble quarry in Russia plays host to concert

This marble quarry has an impressive depth of 70 metres. The area is accustomed to the constant hum of machines with the odd interruption of trucks taking out blocks of marble. But today is a special day – instead of machinery, it is music that can be heard. There is a concert taking place in the marble quarry. The ‘Marble Mile’ festival, which is in its third year, is organised by the Erza International Art Foundation and Polevskoy Local Government, with support from other state and public organisations. The aim of the festival this year is to unite different cultures and peoples, with folk music being performed in several languages – Russian, Greek, Latin, Georgian, Ukrainian, and Serbian. The Ural region is traditionally an industrial region, but events such as the festival enable it to open up and serve an important cultural purpose. 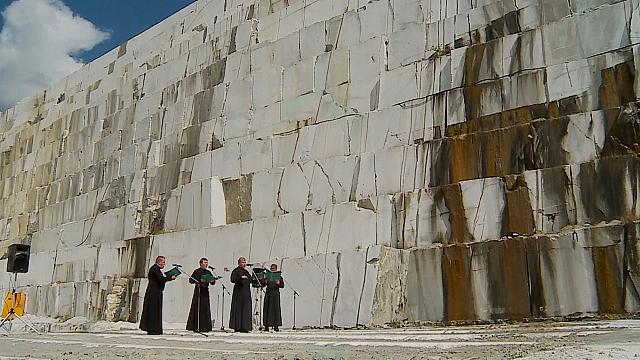 Like it? Share it!
The Cruel And Savage Genocide Of The Buhari-Osinbajo Regime Must Be Stopped! By Ndidi Uwechue < Previous
Education expert challenges Chakwera to lobby support from the UK summit Next >
Recommended stories you may like: