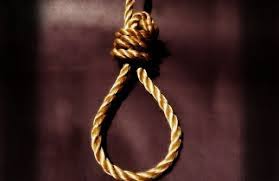 According to Ngwira, for the past weeks the woman had been chasing away husband, so that she could marry another man.

The move angered the late Naison, who on last Sunday removed iron sheets from the house he built together with the wife.

“Then ?on Wednesday morning?, Poison was found hanging, dead in the same house. After receiving the report Police visited the scene and confirmed the incident. Postmortem performed at Mulanje district hospital revealed that Maluwa died of suffocation.

“The Police again appeal to the public to find alternative ways of solving their problems, as opposed to taking own life. There are many avenues, including Police Victim Support Unit (VSU), where we can seek advice or counsel if we have any problems,” urges Ngwira.