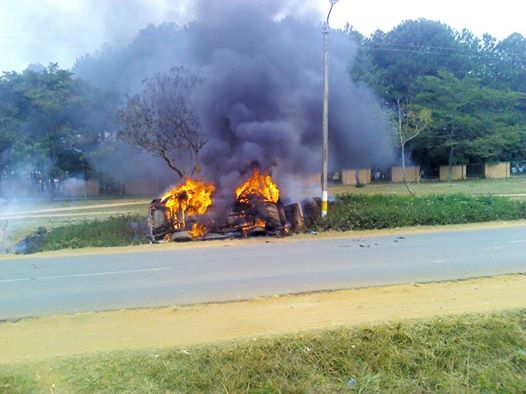 MZUZU-(MaraviPost)-Mzuzu University has dismissed four students and warned others as a disciplinary measure taken after the suspension of the same last month.

On 28 October, 2019, Mzuni suspended fourteen students for allegedly conducting illegal demos which saw one lecturer being stoned in the head.

As a result, the rest of the lecturers boycotted classes demanding their safety and security both on and off campus.

In order to assure the lecturers of their security, management of the University put all necessary measures in place; including suspending those students who were found to be the ring leaders of the said demos.

Following the suspension, four students have been completely dismissed from the institution while others have received serious warnings, community service, eviction from on-campus accommodation and one year suspension.

In a memo dated 30th November, 2019, the Registrar of the University, Yonamu Ngwira, said the Vice Chancellor considered and approved the resolutions after the students were heard by the University’s Disciplinary Committee.

However, the memo has also indicated that if the students are not satisfied with decision of the University, they have a right to appeal to the Vice Chancellor within twenty one days.

Once dismissed from college, students go back home without any material evidence from the same. This is probably the bitterest situation any college student would never wish to face.

Of late, there has been a spate of demos and protests by students in public universities; in a bid to demand management to do this and that.

Last week, the Malawi Polytechnic lost one of its hostels to a mysterious inferno amidst protests by students for security lapses at the college.

Richard Kayendahttps://www.maravipost.com
I hold a bachelor's degree in languages obtained from Mzuzu University. Since 2016, I have been working for Maravi Post as a reporter of local news; particularly from the Northern Region of Malawi. My main news areas are politics, business, sports and many more. Besides reporting, I also write news analyses on current affairs just to share informed opinions on news that matter in Malawi. By now I have a five year practical experience in online news reporting and I look forward to growing more professionally while raising the bar of Maravi Post; in order to make it a household name, as we keep our readership informed, edutained and updated on a daily basis.
RELATED ARTICLES
Agriculture