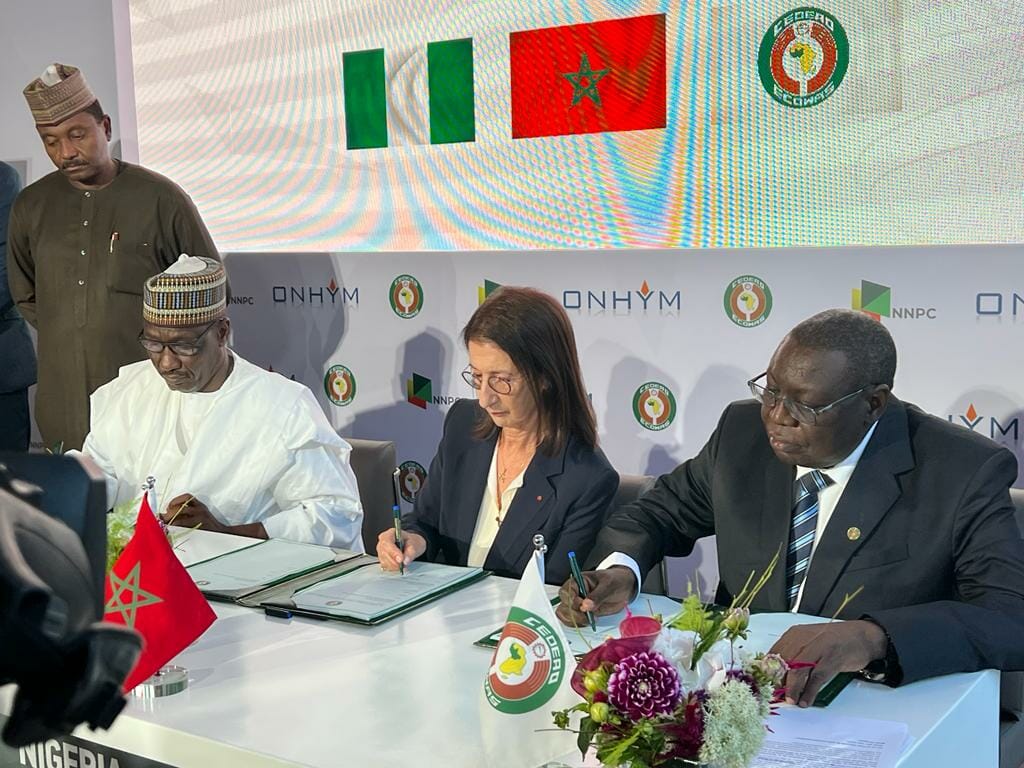 
Morocco and Nigeria have signed an agreement to build a major pipeline transporting gas from south-east Nigeria and across the Sahara.

The 7,000km (4,300-mile) link – originating from Brass Island – will connect with the Maghreb European Pipeline in northern Morocco. The pipeline will go through 13 African countries.

In a statement, the NNPC said the project will also supply gas to West African countries and provide a new export route to Europe.

It’s expected to supply about three billion cubic feet of gas per day. But it’s not yet clear when the project will be completed.

In the long term, it will be connected to the Maghreb-Europe gas pipeline and to the European gas network. It will also help cater to the land-locked countries of Burkina Faso, Mali and Niger.

ECOWAS Commissioner Sediko Douka, said the regional bloc believes that the Nigeria-Morocco pipeline project was indeed viable and would therefore spare no effort for its success.

“We, as a regional economic community, are convinced that it is indeed a viable project, one that holds great promise, and we will spare no effort for its success,” Douka said in a statement.


The ECOWAS Commissioner announced the bloc’s total support for the project which would positively impact the lives of more than 400 million persons.

“The project’s impact is far reaching because it would help ensure electricity supply in the West African region, and in the long term the export of natural gas as fuel in Europe. We have carefully monitored from beginning to end the feasibility studies at the various levels of validation,” he revealed, adding that the next phase would involve the detailed design of execution, resource mobilisation and the actual construction.

With the launch of the project, efforts will be made to attract public and private investors including multilateral or commercial banks, pension fund, insurance companies, among others.

The project will span 6,000km and cost 25 billion US dollars. The financing of the project is expected to involve several stakeholders.

The signing of the agreement comes at a time of a worsening global energy crisis, following Russia’s invasion of Ukraine. European countries have been seeking ways to reduce their dependence on Russian has.

Last November, Algeria stopped using a pipeline that goes through Morocco to Spain, depriving the Moroccans of both gas and transit fees.