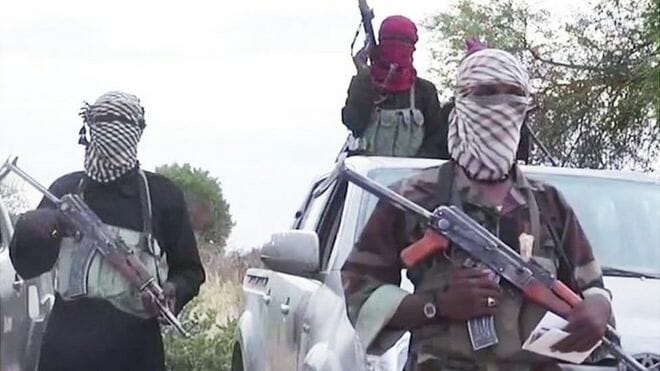 A leader of the Boko Haram militant group Alhaji Modu has reportedly been killed in an air strike.

The announcement was made by the Nigerian military hours after the incident in which Alhaji Modu alias Bem Bem, was killed.

Modu is alleged to have coordinated Boko Haram attacks in Nigeria, Niger, and Cameroon from caves in Mandara mountain.

According to the Nigeria military 28 militants were also killed in the air strike carried out on 3 August in the north-western Borno State.

The report from the Nigeria military has not been independently verified.But a source has confirmed that the operation disrupted a meeting of the suspected terrorists.

“It was revealed that Alhaji Modu, a key ISWAP Commander had converged with others for a morning meeting on an intended attack before they were struck by an array of NAF assault aircraft.

An assessment of the strike revealed that the entire location was levelled to the ground and sources have since revealed that no fewer than 20 terrorists were confirmed eliminated in the strike”, the source said.

Credible information have since revealed that threats within Abuja was being orchestrated by terrorists from their hideouts within Kaduna, Niger and Zamfara States.


The Nigerian government says that the military has recorded significant success in the fight against Islamist militants, including the voluntary surrender of thousands of militants in the north-east.

Like it? Share it!
Ecowas suspends staff recruitment after withdrawal threat by Nigeria < Previous
Thousands raid informal miners after S.Africa mass rape Next >
Latest News From Malawi
Headlines From: The Maravi Post