You are here: Home » Business » Russia-Ukraine crisis: Europe can look to Africa as preferred gas supplier 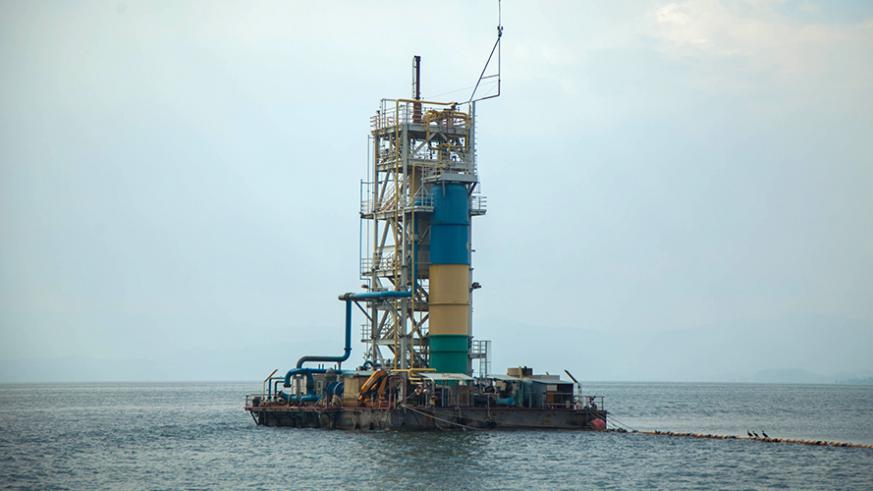 
With recent sanctions on Russia by western nations threatening the critical supply of Russian gas to European markets, an opportunity has emerged for African gas producers to step up, enhancing hydrocarbon production and exports to meet international supply gaps.

Significant progress has already been made to establish Africa as a viable gas export market, and now, with geopolitical tensions rising, Africa should focus on establishing itself as the preferred supplier to international markets.

The withdrawal and disruption of supply channels from Russia, as the second largest gas producer globally and the biggest supplier of natural gas to Europe, will not only send Europe into a deeper energy crisis, but will cause price hikes globally.

However, this represents a golden opportunity for Africa. On February 22, 2022, member states of the Gas Exporting Countries Forum (GECF) met in Doha, Qatar to discuss the impact of the mounting tensions between Russia and Ukraine and its impact on the global gas market.

In the Doha Declaration – issued after the meeting concluded – parties emphasized that despite their commitment to increasing gas production to meet growing energy demand globally, they do not have the capacity to help Europe replace 40% of its energy consumption in the event Russia cuts supply.

These commitments will not only be critical for Europe’s energy crisis but for Africa’s sectoral expansion.

In an exclusive interview with the AEC this month, H.E. Gabriel Mbaga Obiang Lima, Equatorial Guinea’s Ministry of Mines and Hydrocarbons, said: “Infrastructure is going to be critical. Investors in Europe may be selling solutions to be able to put as many terminals as possible, which will allow us to export gas to them. That is what we need in order to be competitive in gas.”

African producers can take advantage of the outcome to attract investments required to build infrastructure that would enable them to expand exploration, production and exportation to meet the anticipated increase in demand in Europe.

“The ongoing European energy trilemma and challenges provides a golden opportunity for African gas producers to develop a robust, bankable gas strategy to cater for motherland Africa and our European friends energy demand.


I believe Africa can leverage current trends to attract much needed investment to develop the infrastructure needed to accelerate production for regional consumption and exportation. The time to act on the Trans Africa Gas plan is NOW.” states Abdur-Rasheed Tunde Omidiya, President of the AEC Nigeria and West Africa.

These production increases will enable Nigeria to increase domestic capacity, ensuring energy security both domestically and continentally, while creating the opportunity to scale-up exports to European markets.

Other African producers such as Algeria and Niger, who together with Nigeria, recently signed the Declaration of Niamey during the Economic Communities of West African States (ECOWAS) Mining and Petroleum Forum (ECOMOF) – paving the way for the construction of the multi-billion, 4,128km Trans-Saharan Gas Pipeline, which will run through the three countries into Europe – now have an opportunity to attract funding for the project rollout and expand their production and exportation capabilities to Europe. Once completed, the pipeline is expected to transport 30 billion cubic meters of gas per annum which Europe will desperately need to meet demand.

Algeria’s proximity to the European market makes the North African country of strategic importance as a potential gas supplier for Europe. Algeria, the world’s sixth largest gas exporter and the largest gas producer in Africa, has already expressed its plan to double exploration and production in the next five years.

In 2021, Algeria increased its export volumes to Europe to 53Bcm from 40 Bcm in 2020 and is estimated to export 46 Bcm or more in 2022 as demand in Europe is expected to continue rising.

At the same time, Equatorial Guinea, with over 1.5 trillion cubic feet of natural gas reserves, which remains untapped, can also take advantage of the anticipated European gas crisis to attract more investment for its natural gas market growth and development.

African gas producers need to improve policy planning and enactment, and deal with negotiation to make themselves attractive markets to partner with. AEC’s annual summit African Energy Week (AEW) set to take place from 18 to 21 October 2022, will unite investors, regulatory authorities, oil and gas companies and oil and gas industry players under one roof in Cape Town, South Africa to discuss best practices and for signing of deals.

AEW 2022 provides the most suitable platform for real discussions on Africa’s energy future and its role on the global landscape. AEW 2022 will host panel discussions on topics such as exploration and production in a reduced capital expenditure climate, the role regional and international energy networks play in energy security globally, and the importance of enabling environments.

Like it? Share it!
Unethical advertising of baby formula gets ‘aggressive’ in Africa < Previous
Ghanaian students in Ukraine advised to “seek shelter” Next >
Latest News From Malawi
Headlines From: The Maravi Post