You are here: Home » Lifestyle » Soil erosion leaves trail of devastation in Congo 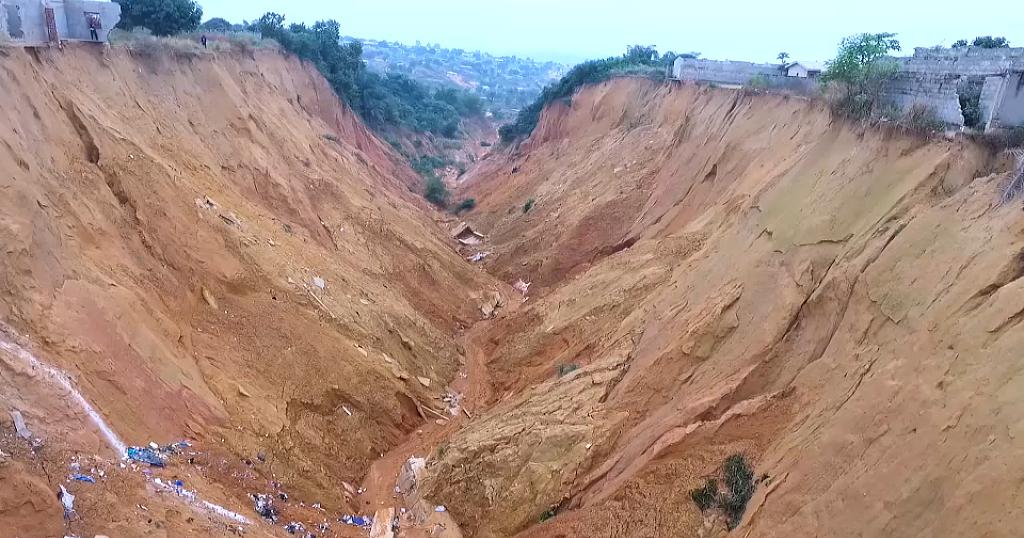 The ravine stretches several kilometres. Years of soil erosion have caused devastation in the Republic of Congo’s port city of Pointe-Noire.

What started as gullies has now grown into ravines, swallowing more homes and farmland every year.

You see this house? That’s where we used to live but we lost everything,” said Ngombi Jacque, pointing to the spot where his house used to stand.

Residents blame the unfinished project of building dikes to evacuate waves from the Atlantic for aggravating the problem.

“Our soils are victims of leaching of mineral elements from the soil. 100 years are needed for a soil to reach maturity”, said Aimé Gérard Loembat, who heads the environment office in Pointe-Noire

Sandra Tchinianga, an architect and urban planning expert, has devoted much of her research to erosion in the city and has published a book warning of further ecological damage.

“Pointe Noire is a city that has grown suddenly, without the infrastructure following. People have settled in areas intended for livestock and agriculture,” she said. 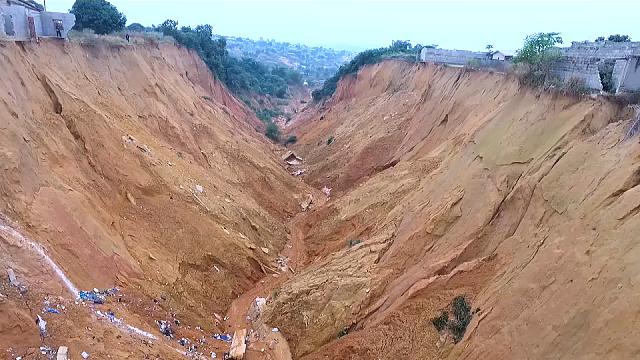 Like it? Share it!
Despite pleas to cancel trip, Chikondano Mussa defends Chakwera’s decision to travel to London for GES Summit < Previous
‘Lack of global solidarity’, slow vaccination rates put Indonesia in COVID glare Next >
Recommended stories you may like:

Chakwera must not play hide and seek on Chizuma arrest