You are here: Home » Regional » The role of gas as an enabler of the energy transition

The role of gas as an enabler of the energy transition 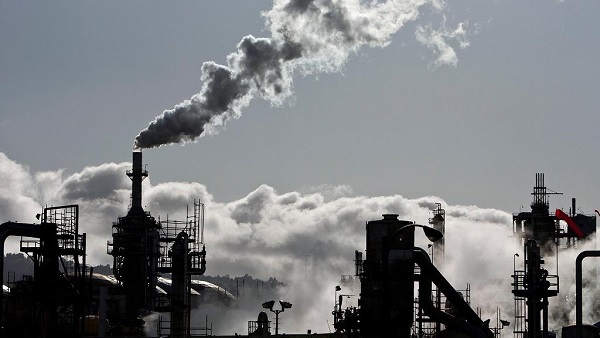 The threat of climate change has been firmly in the spotlight, with several discussions and commitments at the recent UN Climate Change Conference in Glasgow, Scotland.

The importance of gas as an enabler of the energy transition in Africa is again being highlighted. According to the US Energy Information Administration, natural gas emits almost half the carbon dioxide of coal, making it a viable way to transition to a lower carbon impact.

Kweku Frempong, Area General Manager for West and Central Africa at Aggreko, says governments across the continent must look at creating environments that are conducive to investment in liquified natural gas (LNG) infrastructure and create the demand needed for private companies to invest.

They also need to support the industry through the relevant policies to encourage and support them through this energy transition.

“There is an urgent need to expand in-country gas infrastructure and develop competitive gas markets on the African continent. While we are already seeing a slow increase in the use of gas for energy generation, this accounts for less than 40% of energy in Africa, so there is an opportunity to increase that dramatically to lower the continent’s carbon impact,” he says.

Over the past 10 years, several African countries have announced gas discoveries, with the most recent discovery in Egypt, yet it is estimated that almost 40 countries on the continent currently do not have access to gas and have therefore not introduced gas into their energy mix.

“If you look at countries outside of the United States, where gas exists as a commodity and where LNG is easily accessible for several years already, there is still relatively limited LNG infrastructure. And here investors in the infrastructure need to weigh up the different options, such as physical pipelines or virtual gas pipelines, to ensure that their needs are met,” says Kweku.

“Pipelines can be used, but these tend to only be economic where there are large populations and large users of gas such as cities or coastal areas. But when you get to things like electricity generation, which can be often miles inland, or when you get to mining, it is not economical to run pipelines. Therefore, transporting the natural gas by other means must be an option,” he says.

This requires virtual gas pipelines, which is when the gas is transported by sea, road or rail, as well as the infrastructure to convert it from natural gas into a liquid and then regasification to restore it into its gaseous state.

p class=”v1MsoNormal”>Kweku adds that small-scale LNG technology still needs to be developed more so that the economics of building infrastructure can be improved.

“Many countries do not have LNG and the clusters of demand need to increase. We know energy is being consumed, but it is being generated by liquid fossil fuels that place a heavy burden on the environment,” he says.

“What is needed is an increase in demand for lower-carbon fuels and this will be driven by country-level policies.”

Public opinion also has a role to play, as was seen in Senegal where years of public opposition and issues have led to a new Sendou power station being cancelled, with the future of the plant being unclear.

“Mining is another area where there is increasing pressure for operations to become more environmentally friendly,” says Frempong.

“In many cases, the mines are internationally owned, and the global investment community is emphasising the need for mines to move away from diesel and invest in lower-carbon energy generation.”

While it is unclear who will finance the energy transition in Africa and provide the much-needed investment in infrastructure, one thing is very clear.

“It is no longer a question of whether the transition is going to happen, but rather when,” concludes Frempong.

“Globally we are seeing increasing pressure to reduce carbon impact and the continent cannot afford to ignore those. Governments in Africa, therefore, need to prioritise finding ways to bridge the financial gap, to allow them to capitalise on more carbon-neutral fuels such as LNG to kickstart the process of transitioning to cleaner energy.”

Like it? Share it!
Malawi’s competition trade agency bites hard on NICO, Goodwill funeral Services over monopoly < Previous
Oscars 2022 nominations Next >
Latest News From Malawi
Headlines From: The Maravi Post